One of the key clients of the company in Indonesia is PT Combiphar, a leading pharmaceutical and wellness company. PT Combiphar has been a major driver towards the generation of over 75 million QR codes through the YPBâs Connect Platform, an insightful and powerful consumer engagement platform for brands which are sold on a SaaS basis along with a price per code issued. Combiphar is a leading user of YPBâs ProtectCodeTM product authentication solution and has been an important YPB client since September 2016.

YPG group has now further extended and expanded its close collaboration with Combiphar by signing a new three-year Master Supply Agreement (MSA) with PT Combiphar, as announced on 10 September 2019.

This new MSA will allow for the extension of product coverage to include any of Combipharâs 170 SKU product portfolio and will also generate revenue of around $1 million over the three-year term.

The expected revenues will be based on:

YPB and Combiphar are currently developing plans for the rollout of coverage to further products. Interestingly, up until now, YPB could cover one product line of Combiphar- cough syrup, and it has generated nearly half of the anticipated revenue from this single product line alone. Given this backdrop, the signing of new MSA for next the three years is very encouraging.

While commenting on the new MSA, YPB Group CEO John Houston informed that the company expects its solutions to enhance Combipharâs engagement with greater number of its consumers by assuring the authenticity of a broader range of its products.

Recently, the company refreshed its operating plan as per which YPB Group is now focusing on wine and dairy, health and beauty, pharma, and legal cannabis vertical. The expansion of the companyâs collaboration with Combiphar is in line with the companyâs focus on Pharma and health verticals.

The five elements of the refreshed operating plan are as follows: 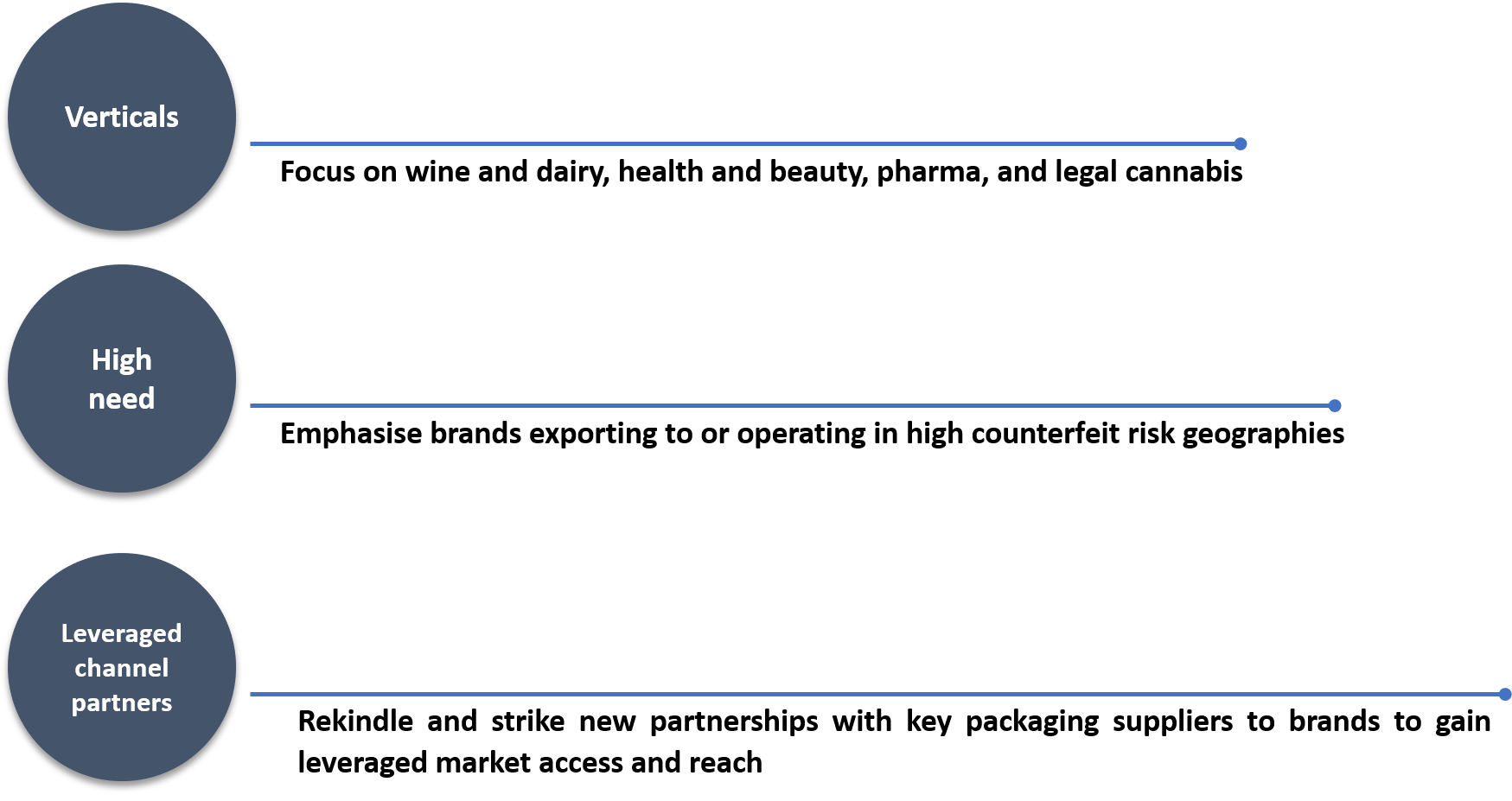 During the first half of FY19, the company made substantial progress on all fronts:

In the first half of 2019, the company witnessed a decline of 41% in its revenue due to the restructuring of Retail Anti-Theft (RAT) unit. However, this sharp decline was offset by higher gross margin, lower operating costs, and non-operating items reducing the pre-tax operating loss by 21% from $4.7 million in H1 2018 to $3.7 million in H1 2019. In the first half, the Operating costs were down by 18% on pcp to $2.7 million.

Besides Indonesia, the company is also trying to set its feet in China. At the recently held AGM, the chairman stated that after several years investing in China with a number of high-profile groups the company is now starting to see some promising traction in the working relationships it has with label manufacturers and converters including CCN and Meixin. For the five months to 31 May 2019, the top line revenues from the activities in China were up 165% compared to the same period last year.

The chairman also noted that the company is developing stronger working relationships and deeper engagement with these two key channel partners, which will lead to greater adoption of YPBâs solutions from their respective brand clients.

Recently, the company achieved a significant milestone by reaching 100 million ProtectCodesTM issued on the YPB Connect platform. This milestone is representing an unprecedented acceleration in the uptake of the ProtectCodesTM which is underpinned by the Connect platform and is indicative of YPB customer confidence in the Companyâs authentication and consumer engagement product offering, validating its value to customers and their brands.