The below-mentioned stocks are trading close to their 52 weeks low prices. In the last six months, both the stocks have provided negative returns. Let’s take a closer look at these stocks and their recent updates.

On 23 August 2019, MaxiTRANS Industries unveiled its FY19 results. For FY19, the company reported a sales revenue of $352 million in FY19, down by 14% on last year. The company’s Underlying NPAT decreased by 52% to $4.8 million in FY19, as compared to pcp. The FY19 results were impacted by the weak economic conditions throughout the Australian economy.

Following the release of FY19 results, MXI’s stock has declined by around 19.298% during the intraday trade.

In the second half of FY19, underlying business in the commercial vehicle spare parts market was estimated to be 5-10% below the like for like (LFL) period in FY18 while the new trailer market in Australia declined by more than 15% in Q4 FY19 LFL. As a consequence FY2019 trailer sales being 100-150 units below expectations.

Despite this, the company’s other businesses performed well. The MaxiPARTS business generated increased sales revenue and earnings in FY19 driven by organic growth initiatives and efficiency gains. The New Zealand business improved its profitability underpinned by better warranty performance and manufacturing efficiency.

During the year, the company reduced its net debt by 22% to $32.0 million supported by the proceeds received from the sale and lease back of the Queensland and Auckland manufacturing facilities. As a consequence of this net debt to equity ratio reduced from 30% to 26% in FY19.

During the year, the company’s working capital increased by $7.4 million to $57.2 million underpinned by the higher mix of fleet customers in May and June and higher pre-payments that had previously positively impacted the FY18 results.

As a result of the increase in the working capital, the Operating cash flow was negative $6.1 million in FY19. Due to the negative operating cashflows and the challenging general economic conditions, the company’s Board has not declared a final dividend for FY19.

Outlook: While providing the outlook, the company has advised that the market conditions in the Australian trailer market are expected to remain slow as consumer confidence and other macro-economic drivers are expected to remain soft. The performances in both the Australian Trailer business as well as the MaxiPARTS parts business will be affected by this. The company expects that its significant investment in the new IT systems will drive operational efficiency through the business resulting in strong operating cashflow in future years.

Following the resignation of Alison Groves as General Counsel and Company Secretary, the company has recently appointed Amanda Jones as Company Secretary. Amanda has been serving MaxiTRANS since 2018 as Senior Legal Counsel. 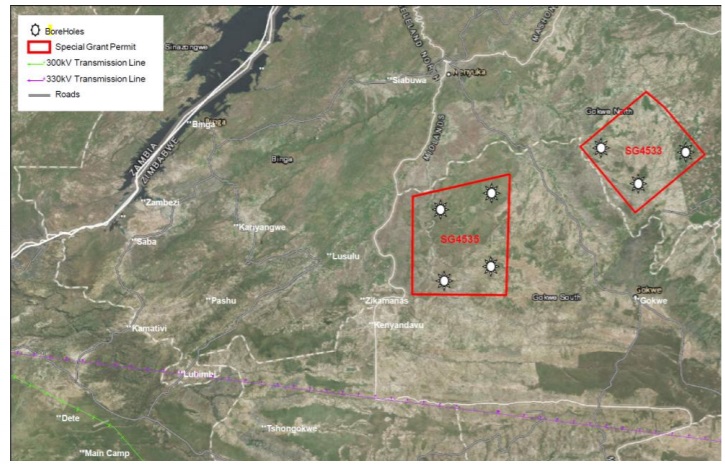 This agreement is providing Prospect with power supply optionality for the Project. And besides that, it is also generating opportunities for additional services/projects, such as ACM’s Coalbed Methane Gas to Power Project, to be developed.

Ever since the company completed its Definitive feasibility study at Arcadia Lithium Project, its main focus has been to rapidly progress the Project from financing through to production. In 2019 June quarter, the company scaled back its exploration activities at the project to maximise the value generated from Arcadia.

During the quarter, raised A$5.171 million through:

In July 2019, Reserve Bank of Zimbabwe gave its approval to acquire additional 17% of the Arcadia Lithium Project.

After completing the acquisition, Prospect’s ownership in the Arcadia Lithium Project will increase from 70% to 87%. Prospect will also increase its share of future revenues and profits from the Project’s strong economics: