Australia-based software and services company, K2fly Limited (ASX: K2F) announced on 25 October 2019 that Nexa Resources has signed up to implement K2Fâs RCubed Mineral Resource and Reserve software solution across 12 sites globally with implementation to commence immediately. The initial order is for approximately $170,000, including annual software subscription for the first year and implementation fees. 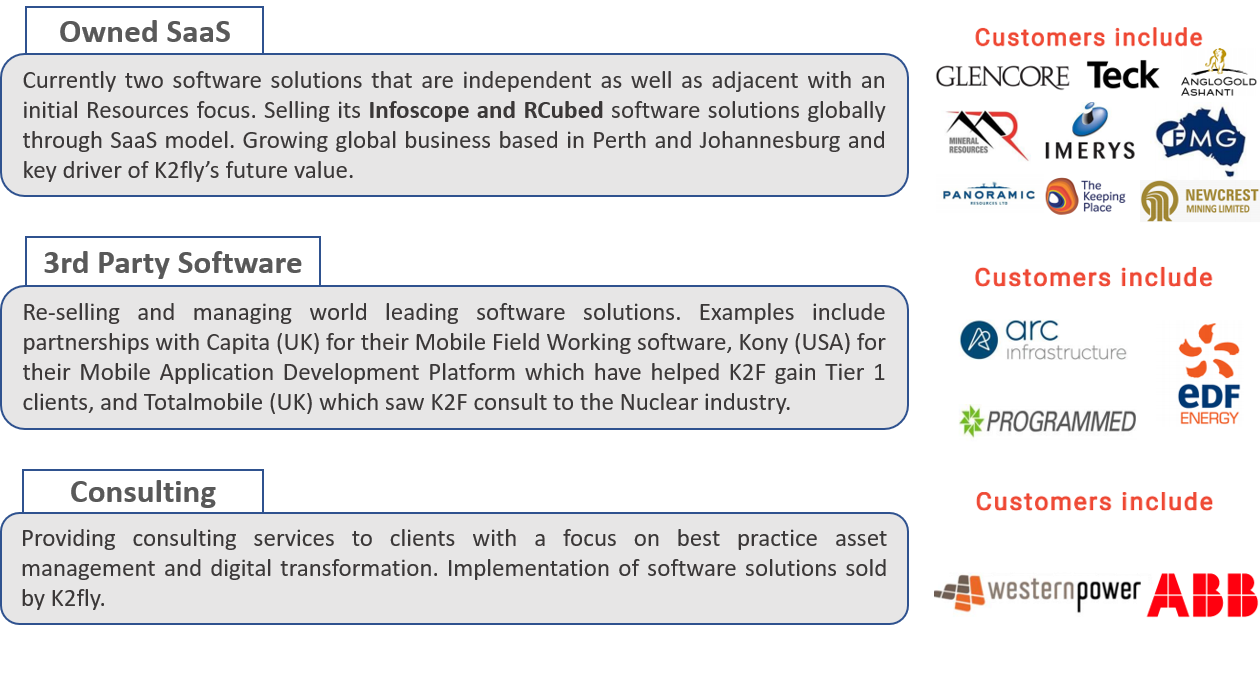 Nexa Resources is a mining and smelting company (with an emphasis on zinc and copper) listed on the New York Stock Exchange in the USA and Toronto stock exchange in Canada, and its main shareholder is Votorantim, one of the largest industrial conglomerates in Latin America. The companyâs operations include 5 polymetallic mines (2 in the state of Minas Gerais, Brazil and 3 in the central Andes of Peru). Nexa Resources also has an integrated-production facility in Brazil and Peru.

The newly secured contract for RCubed further increases the strong ARR (Annual Recurring Revenue) growth that K2flyâs SaaS business is delivering., which is up 27% from Q4 FY19, and 150% CAGR over the last 4 quarters.

The US Securities and Exchange Commission (SEC) Regulation Changes: In October 2018, the SEC in the United States revamped the old disclosure requirements for mining company issuers, depicting the first major change since Industry Guide 7 was adopted 30 years ago. This move brings the United States into line with countries following CRIRSCO (Committee for Mineral Reserves International Reporting Standards) reporting codes such as Australia, Canada and South Africa.

K2fly has had an interesting journey with RCubed so far since the acquisition of the software solution in May 2019 that was highly complementary to K2Fâs owned software segment initially comprising Infoscope. RCubed supports multiple reporting codes â JORC, NI43101 and SAMREC, across five prominent stock exchanges âNYSE, LSE, TSX, ASX and JSE. The first client signed on board was French multinational Imerys SA for the deployment of RCubed solution across its global mineral sand operations in 80 locations across 25 countries.

Thereafter, in August 2019, K2fly secured a $250,000 -contract for one year (renewable on an annual basis) from Glencore Canada Corporation for RCubed implementation which commenced immediately. Read here: K2flyâs bonanza through RCubed Software Solution: Glencore Canada on board

As market players in the energy and resources industry increasingly consider ESG reporting (Environment, Social and Governance) as a source of differentiation, and the pre-dominantly inhouse systems, used by Tier 1 and Tier 2 Miners, are turning dated due to regulatory reasons, K2F is optimistic about the potential prospects and continued demand for the RCubed software solution as well as Infoscope, that would together enable companies to complete their ESG reporting and demonstrate their âsocial licenceâ to operate.

The companyâs key strategy remains to grow the proportion of revenue from software â particularly under the software as a service (SaaS) model. In the financial year 2019 (FY 2019), K2Fâs revenue increased to a record level of $ 3.79 million, marking a staggering rise of 50% compared to FY 2018.