Uniti Group (ASX:UWL) released its results for the first half of FY21, pointing to its strong performance during the period. The company reported revenue worth AUD 54.6 million, an increase of 148% over the same 6-month period in the previous year.

The company’s EBITDA also rose by a whopping 307% over the previous corresponding period to reach AUD29.3 million in the 6 months ending 31st of December, 2020. The telecommunication firm saw immense growth during 1H FY21 period. 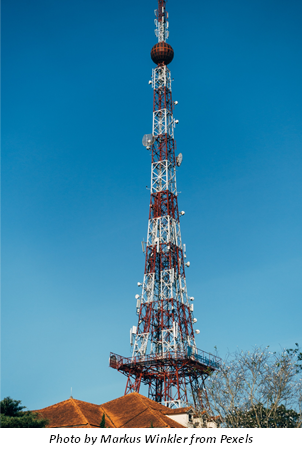 The consequence of this profitable half-year result was a single-day uptick of 3.5% in the company’s share prices. Uniti is currently trading at a 5-year high of AUD2.03 per share. In a single year, Uniti’s share price has moved up by almost 31%.

The half-year period ending 31st of December, 2020, was an active period of growth and development for Uniti. During this time, the company completed accretive acquisitions of the OptlComm, Harbour ISP, and Telstra Velocity network assets.

The Group is experiencing once-in-a-lifetime favourable set of market and economic conditions with fibre infrastructure investment. This can bring in long-term growth for the company led by steady demand and minimal operating expenditure.

The company’s earnings were dominated by the fibre wholesale and infrastructure business. This business brought in 200,000 premises in the order book, which are expected to go “live” within 5 years. This amounts for 75% of W&I’s contracted order book and is expected to double the business’s current active services.

The company’s Consumer and Business unit grew organically to deliver 80% of its new customers in December 2020. Similarly, the Communications Platform as a Service unit also drew organic growth in its main digital platform offerings.