A major overhang has been settled at the Westpac Banking Corporation (ASX:WBC) after it agreed to pay a $1.3 billion penalty in relation to the breaches of Anti-Money Laundering and Counter-Terrorism Financing Act 2006.

In November 2019, the civil proceedings commenced against the bank after major breaches were reported by the Australian Transaction Reports and Analysis Centre (AUSTRAC). It also marked the complete overhaul in the leadership of the bank. 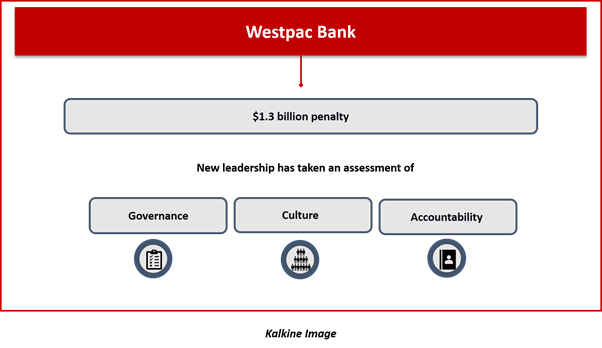 Last year’s Annual General Meeting was quite dampening for the Board. Shareholders and investors were disappointed by the outcomes of AUSTRAC investigation, which has led to the biggest penalty imposed on Australian corporate.

After the disclosure related to the breaches of the AML/CTF Act were made, it forced the bank’s CEO to resign from the post abruptly. Shareholders also raised questions on the inability of the previous Chairman of the bank.

Resignation of Chief Executive was not enough, and Chairman also left the Board. But he was also responsible for the appointment of a new Chairman, who took up the role to tackle the legacy issues faced by the bank.

Over the recent years, AUSTRAC has unveiled breaches by the Commonwealth Bank of Australia (ASX:CBA), which was also charged with a penalty of $700 million. Westpac became the next defaulter last year after the disclosure of breaches, and the penalty figure is now almost double.

The penalty on Westpac comes at a time when high profiles banking names have come under a scanner after leaked files of US Financial Crime Enforcement Network (FinCEN) revealed several suspected activity.

Anti-money laundering has been a major problem for banking companies in this century as technological advancements have made the transfer of money easier and accessible. The organisations involved in crimes also require financing network to move money globally.

Banks may now have to deal with growing creativity of criminals to launder money across nations, and more stringent diligence must be practiced by the banks to counter the problems, especially in the international money transfer systems.

According to reports circulated in the media, it is also alleged that a few Australian major banks have been named in latest FinCEN files and data released. This, along with Westpac’s $1.3 billion penalty, should serve as a wake-up call for banking companies.

It is the time for banks and other service providers to innovate new techniques to uncover the ultimate source of money and the ultimate destination of the money in an international transfer. Technological advancements should help services providers and banks to be in a better position in terms of money laundering.

Even if some ways of transferring money could be blocked by the banks, the criminals, and organisations in need of money laundering are likely to find ways to send money from one jurisdiction to other.

But it is not only drug mafia or criminal organisations that require international money transfers, but the banks would also need to assess the money movement by people with deep pockets for any potential breaches of laws and regulations.

Westpac on the road for remediation

Westpac also acknowledged that additional contraventions of the laws were also detected, and the agreed penalty also includes the contribution for the same. CEO Peter King stated that the bank remains committed to ensure such breaches do not occur again.

It is the priority of the bank to ensure alignment with laws and regulation and has closed some products, and historical transactions were reported to the authority.

The agreement provides assurance to the stakeholders while the bank continues to implement recommendations and improve its processes to tackle such problems over the future.

Westpac is addressing the areas that were source of problem with the implementation of recommendation by the Advisory Panel Report. It is improving financial crime capability and acknowledges the role of the bank in financial integrity.

It is strengthening end-to-end financial crime risk management in the bank and has established accountabilities for the AML/CTF compliance. The bank has made investments in improving systems, processes to detect financial crimes.

Westpac’s new leadership has taken an assessment of governance, culture and accountability. It is on a multi-year program to improve the non-financial risk management within the bank. It was said that the bank is committed to its honour obligations and stakeholder expectations.