The New South Wales Independent Planning Commission (IPC) has blocked the application for extension of the life of Dendrobium coal mine in Wollongong. The mine is operated by diversified mineral explorer South32 Limited (ASX:S32).

The IPC rejected the application as the submitted mine design has severe environmental concerns. The mining activity could damage the drinking water catchment of Greater Sydney and Illawarra permanently. 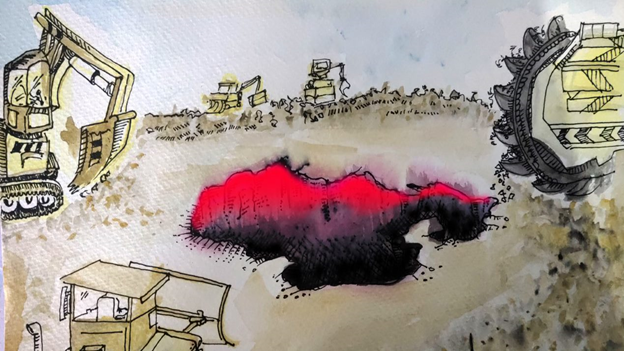 South32 in its ASX release has acknowledged IPC's decision and has said the Company would carefully review the finding of the commission and accordingly decide the further steps regarding the Dendrobium Next Domain (DND) project.

On the contrary, the New South Wales government has given its recommendation for the approval of the project. The government saw its benefits more than the residual cost and has also mentioned that the project extension is in favour of public. 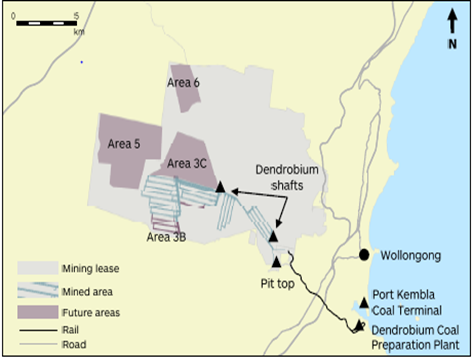 South32 had submitted a plan to target Area 5 as shown in the above figure in its extension plan for Dendrobium mine. The Company has set aside about US$64 million for FY21 as capital expenditure to develop important paths and ventilation infrastructure on the project. The project's extension will increase the life of mine to the year 2048 with additional production of 78 Mt of metallurgical coal.

Final Investment Decision (FID) was scheduled for the second half of the current year after receiving the necessary approvals. But since the IPC has blocked the extension plan, the Company has to come up with another plan or mine design to convince the IPC for low environmental damages.

IPC Statement of Reasons for Dendrobium Next Domain

BlueScope has a supply contract with South32 till 2032 and currently depends for 60% of its metallurgical coal requirements.

The news of blocking of the extension of the project had downside effect on the share price. The stocks were down by 2.9% and ended 5 February 2021 at A$2.66 per share.