By the end of the day’s trade on 25 September 2020, most indices listed on ASX settled in the green, except the health care sector where a marginal drop of 0.15% was seen. On 24 September 2020, Wall Street index rebounded and showed marginal improvement in their index value, which played a pivotal role to help the index surge on ASX. Benchmark index S&P/ASX 200 was up by 1.51% from its previous close and stood at 5,964.9. However, there were a few members of ASX 200 could not do well on ASX as their shares ended the trade session in the red zone.

In this article, we would be looking at three such stocks from the ASX 200 and see their latest updates and their performance.

On 14 September 2020, Monadelphous Group announced that it obtained construction & maintenance deals in the resources sector with a combined value of circa A$120 million.

The Company was awarded the below deal as per the WAIO Asset Panel Framework Agreement with BHP.

Other than this deal, the Company has signed the Olympic Dam Asset Projects Framework Agreement with BHP under which Monadelphous would give multi-disciplinary construction services at the Olympic Dam copper mine in South Australia.

Lastly, MND’s Maintenance and Industrial Services segment has been given a deal to start a significant dragline shutdown for BHP Mitsubishi Alliance at its Saraji Mine in Queensland. The work will get completed by December 2020 end.

PolyNovo Limited is an Australian-based medical device company that is into the business of designing, developing, and manufacturing dermal regeneration solutions via its patented NovoSorb® biodegradable polymer technology.

On 23 September 2020, PolyNovo declared the appointment of Innova Medical Oy for the sale of NovoSorb® BTM in Finland.

PolyNovo expects to announce its entry in the European market in the future.

Australian player Premier Investments Limited was established as an investment vehicle to boost growth in capital returns to shareholders via the acquisition of managing or strategic shareholdings in leading Australian companies, with the primary focus on retailing, importing, and distributing.

Mr Solomon Lew, Chairman of Premier Investments, stated that during the COVID-19 crisis, the Company’s core priority was the safety and wellbeing of its teams and customers. The board expressed its gratitude towards the dedication and professionalism shown by the team during the challenging time. 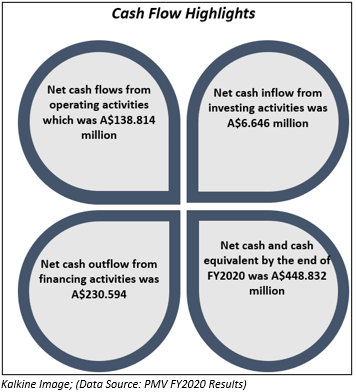