The Australian share market continues to be in a sell-off mode, plummeting at the open Tuesday, despite Wall Street taking a breeze and closing in green. Although the US markets ended higher on Monday, COVID-19 headwinds, geopolitical tension and the US Fed’s hawkish comments weighed on the markets during the first half of the session. The ASX 200 plunged 0.99% or 70.8 points to 7,070.3 in the first 15 minutes of trading.

The selloff on Wall Street worsened in the first half on Monday, however, stocks recovered sharply from the day’s lows by the closing. Oil prices turned lower as rising geopolitical tensions and the Fed's plans to tighten monetary supply weighed on investors’ sentiments.

Read More: Are global markets headed towards a crash in 2022? 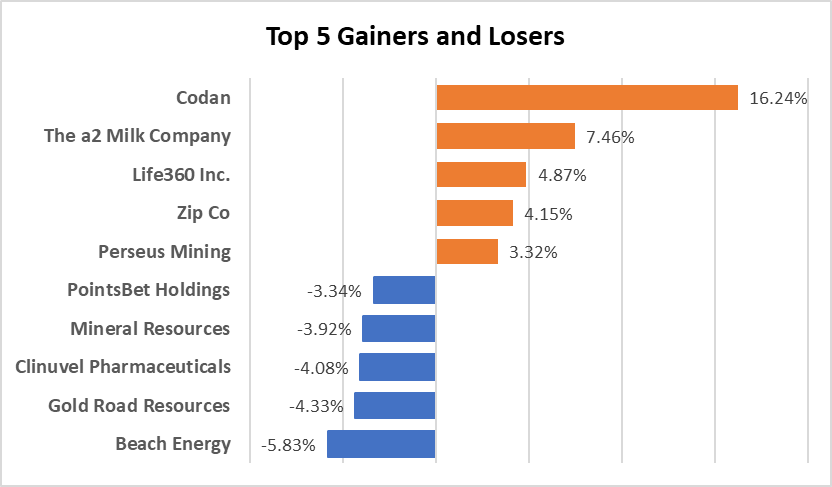 On the sectoral front, all 11 sectors were trading in the red zone. The financial and energy spaces were the biggest drags on the market, falling 2.05% and 2.04%, respectively.