The Australian benchmark index ASX 200 dropped 0.4%, to 6539.9 on the new financial year’s first trade session. While the Australian market was edging higher during early hours, heavy selling by market close made the index stoop down by trade close. Energy and material stocks pulled the index down as they aligned to the drop in commodity prices. Even the Australian dollar hit its two-year low today. In this week, the ASX 200 index has lost 0.62%, standing over 10.62% below its price 52-weeks before.

Interestingly and contradictory to the current situation, CommSec has reportedly predicted a rebound in Australian shares in the new financial year, supported by a strong domestic economy and easing inflation. 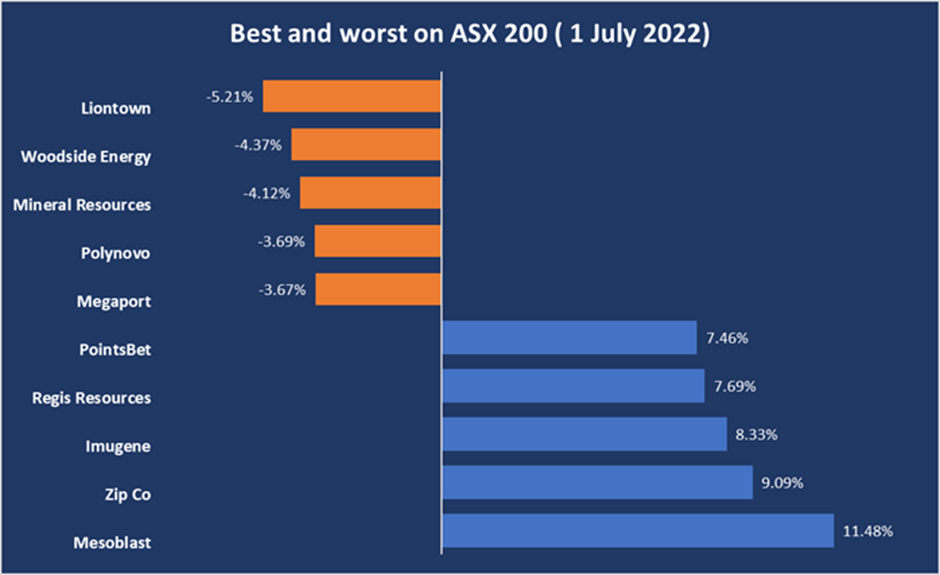 In the US, treasuries advanced on lower-than-expected US consumer spends. The 10-year yield was just above 3% and US dollar inched higher.

European stock markets, on the other hand, are expected to open lower as investors seem fussy over the global economic outlook. Meanwhile, central banks are tightening monetary policies to combat peaking inflation.