Post the ease in the lockdown restrictions many companies started coming up with updates which have brought them under discussion. These announcements have gained the interest of market participants and influenced their share price. In this article, we would talk about ten stocks which are have been talked about recently and see their latest updates along with the stock performance.

On 6 July 2020, the Company announced that an expanded access protocol had been started in the US for compassionate use of its allogeneic mesenchymal stem cell product candidate remestemcel-L in the treatment of coronavirus infected children with cardiovascular and other complications of the multisystem inflammatory syndrome.

The patients in the age group 2 months - 17 years might receive one or two doses of remestemcel-L within five days of referral under the expanded access protocol.

The protocol has been filed with FDA & would give physicians entry to remestemcel-L for an intermediate-size patient under MSB’s present Investigational New Drug application.

On 6 July 2020, the Company’s directors announced that BIT is presenting new data on its lead HIV-1 drug, BIT225 at the 23rd International AIDS Conference. The data shows that through its inhibition of the HIV-1 viral protein Vpu, BIT225 boosts the immune response to HIV.

Bio-industrial firm Holista Colltech is engaged in the development and marketing of food materials and ovine collagen for biomedical and cosmetic usage.

Holista provided an update on the sales and distribution agreement for Natshield™ Sanitiser. Concerning the previous announcements related to Natshield™ Sanitiser developed and marketed by Holista, the Company has undertaken additional testing activities. Holista, along with GICC LCC has started tests at Microbac Laboratories and the Centre for Disease Control laboratory in Virginia, the USA for the effectiveness of Path-Away® against COVID-19.

The Company announced that it had taken an exception from the Australian Department of Health’s Therapeutic Goods Administration to sell sanitiser under the cosmetic category in Australia.

FBR Limited is a robotics company engaged in the development and commercialisation of digital construction solutions.

On 13 July 2020, FBR announced the completion of the structural walls of its first display home in Dayton, WA on 11 July using Hadrian X®. The world’s first mobile autonomous bricklaying robot, Hadrian X® took three and a half days to finish the structure.

FBR Limited was under discussion because of the recent change in its share price (from A$0.042 to A$0.095 on 3 July 2020). Earlier, on 2 July 2020, the Company had announced that it had entered a deal with Archistruct Builders & Designers to supply blocklaying services for the construction of a display home in Western Australia. FBR would purchase the display home.

Post the completion of the display home the Company would open the home to the public & existing and prospective collaborators, suppliers as well as clients from international markets to show and promote the usage of the Hadrian X® in residential home creation.

Zip Co Limited is a top player in the digital retail finance and payments industry.

It has recently been under for discussion because of two reasons. The first was that the shares reached close its 52-week high price on 10 June 2020. The second reason was the trading update for May 2020.

The Company, during the month, reported a 78% growth in revenue to A$15.6 million as compared to the previous corresponding period. 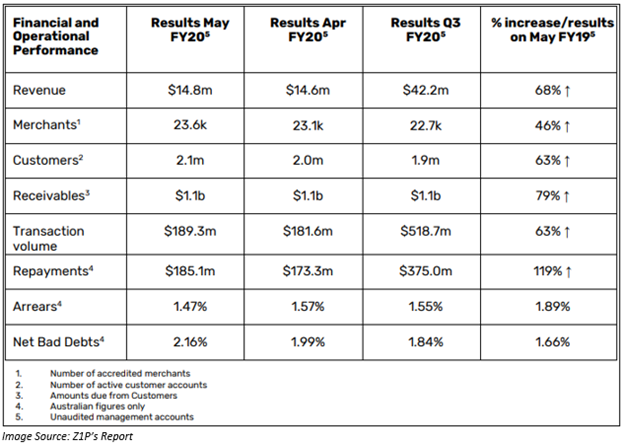 Afterpay Limited is amongst the pioneers in the BNPL space.

On 8 July 2020, Afterpay successfully raised A$650 million placement. The placement was well supported by the existing and new shareholders of the Company. Each share under the placement was issued at A$66. APT also updated its intention to raise another A$150 million via the share purchase plan.

The proceeds via capital raising would be used to accelerate investment in growing underlying sales and concentrate on global expansion in the short-term to maximise shareholder value in the longer term.

The Company provided a trading update for Q4 ended 30 June 2020. APT reported strong performance across the business with underlying sales of A$11.1 billion in FY2020. Underlying sales were up 112% on pcp. 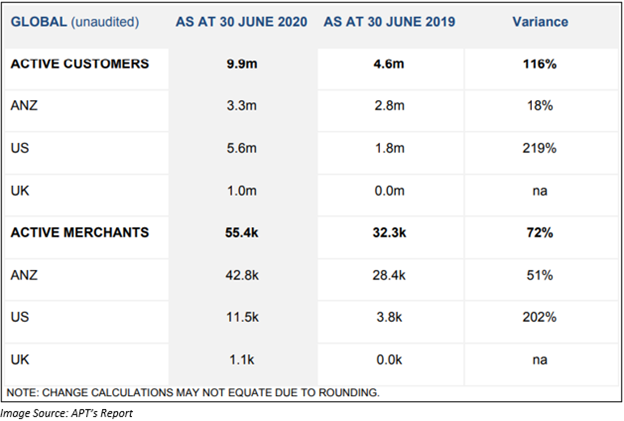 Also, APT was under the spotlight when its co-founders Anthony Eisen and Nicholas Molnar sold 2.05 million shares each at the placement price of A$66.

On 10 July 2020, Webjet Limited successfully settled the issue of €100 million of convertible notes. Now, the convertible notes would be listed on the Singapore Stock Exchange Securities Trading Limited on 13 July 2020.

The net proceeds are projected to be ~€98 (approximately A$160) million after deducting commissions, professional fees, and other administrative expenses. These would be used to pay A$50 million of its present term debt and extending the remaining term debt to late 2022 along with the potential acquisitions and ongoing capital management.

Ignite Limited was under discussion when its share price skyrocketed on ASX by ~47%. The Company received an email from ASX to answer questions related to the increase in the share price on 10 July 2020. The highest recorded price for the day was A$0.036.

iSentric Limited started as a mobile messaging solution provider and has expanded into new verticals, regional presence, and partnership. It is now amongst the trusted names in the financial technology industry.

iSentric made two announcements that brought it under the spotlight:

Changes to the board: 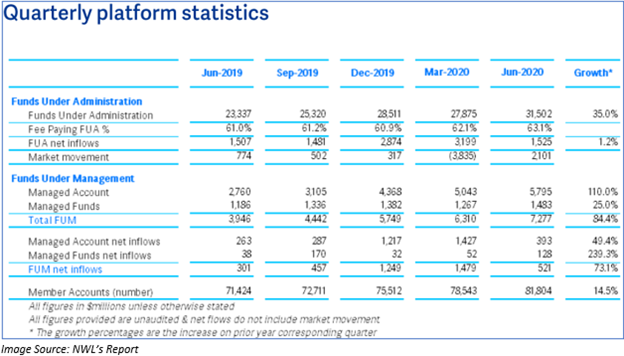 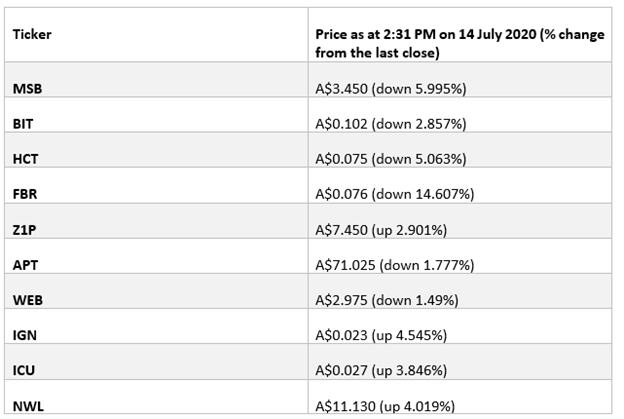