S&P/ASX 200 ended up higher today at 6358.5 points, up by 0.4 per cent or 26.1 points relative to the last closed price. The tech stocks outperformed and closed higher with a rise of more than 2 per cent today, following substantial gains on Wall Street after reassuring remarks from Federal Reserve Chief Jerome Powell. The US stocks closed higher, led by a rebound in the technology sector, as Federal Reserve signalled interest rates cut to prevent the U.S. economy against risks from escalating trade tensions. 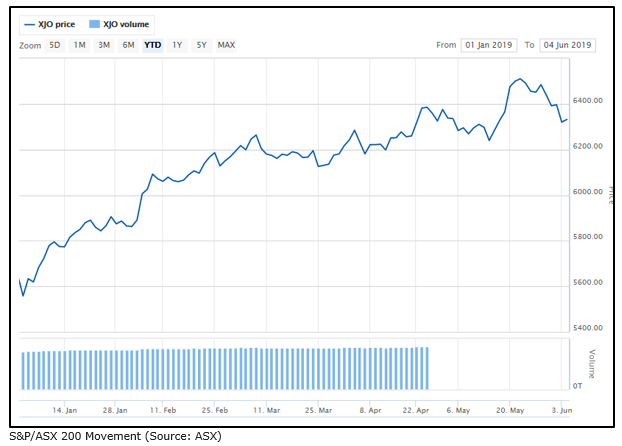 Let us have a look at the top three best-performers on S&P/ASX 200 today:

In an announcement today, Afterpay informed that it has partnered with O’Neill, Ray-Ban, Levi’s and Tarte Cosmetics, among many other brands and retailers in the US to provide payment flexibility. The company has already reached 1.5 Million customers and 3,300 retail partners in the US just after one year of launch.

The company posted strong financial results for H1 FY19 in February this year. Afterpay’s sales advanced 147 per cent to AUD $2.3 billion in the six months ended 31 December 2018, relative to prior comparative period (pcp). The total income of the Group rose 91 per cent on pcp to AUD $116.1 million. 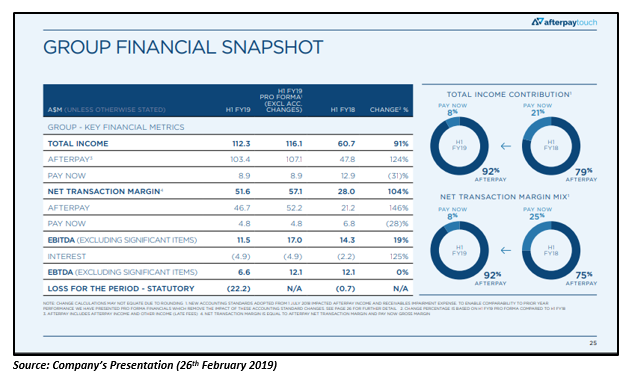 The share price of Afterpay jumped today, making it a star performer on the Australian Securities Exchange (ASX). The stock advanced 7.08 per cent, closing at AUD 23.90 with a market capitalisation of AUD 5.33 billion. The recovery of tech stocks in the US market also contributed to an improvement in the APT stock price.

The stock has performed well in the past, delivering a YTD return of 86 per cent. APT has generated a return of 63.04 per cent and 11.66 per cent in the last six months and three months, respectively.

A fully integrated recycling and resource management company headquartered in Australia, BINGO Industries Limited (ASX: BIN) provides solutions across the entire waste management supply chain. The company offers a wide range of solutions for all forms of wastes - from contaminated soils and hazardous waste to cardboard and concrete.

The company reported solid net revenue growth of 25.4 per cent to $178.7 million in its half-year results for the six months ended 31 December 2018. The EBITDA of the company also improved by 4.1 per cent to $45.6 million in comparison to the previous corresponding period. 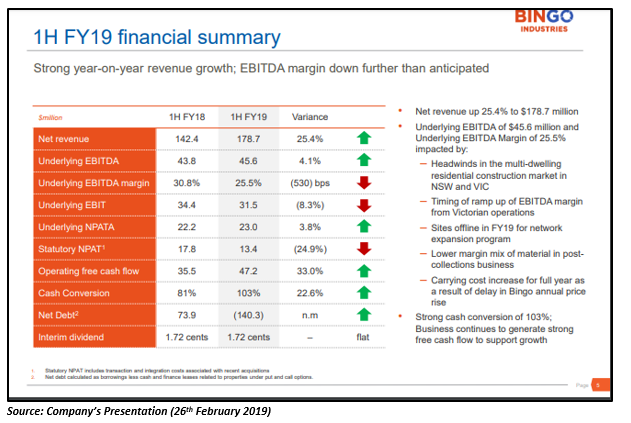 In March this year, the company completed the acquisition of Dial-a-Dump Industries. The acquisition was concluded after Australian Competition and Consumer Commission’s approval subject to Bingo’s undertaking to divest its Banksmeadow post-collections facility.

The shares of Bingo closed at AUD 1.910, rising 5.53 per cent today. The stock has delivered a return of 7.70 per cent since its listing on the ASX. Around 2.3 million shares were in trade today, and the market capitalisation of the stock stood at AUD 1.2 billion.

An ASX listed exploration and production company, Cooper Energy Limited (ASX: COE) earns revenue from low-cost Cooper Basin oil production and gas supply to south-east Australia. It is an emerging player in the south-east Australian energy sector, whose most significant resource is the Sole gas field in the Gippsland Basin.

In its quarterly report for three months to 31 March 2019, the company reported a 43 per cent higher sales revenue of $20.6 million compared to prior quarter’s figure. The quarterly production of the company improved 14 per cent in the quarter to 0.33 million boe (barrels of oil equivalent).

The company’s stock closed higher at AUD 0.530 today, with a rise of 4.95 per cent relative to its previous closing price of AUD 0.505. The stock has generated a return of 17.44 per cent on a YTD basis, delivering 34.67 per cent return in the last one year.