ResGen Announces Execution Of Sixth Deed Of Amendment And Restatement

An emerging coal producer, Resource Generation Limited or ResGen (ASX: RES) is headquartered in Australia and is currently engaged in the development of Boikarabelo Coal Mine in Waterberg region (located in South Africa). Forty per cent of the country’s currently known coal resources are present in Waterberg. ResGen holds its interest in the Boikarabelo Coal Mine project through its subsidiary, Ledjadja Coal (Pty) Ltd. 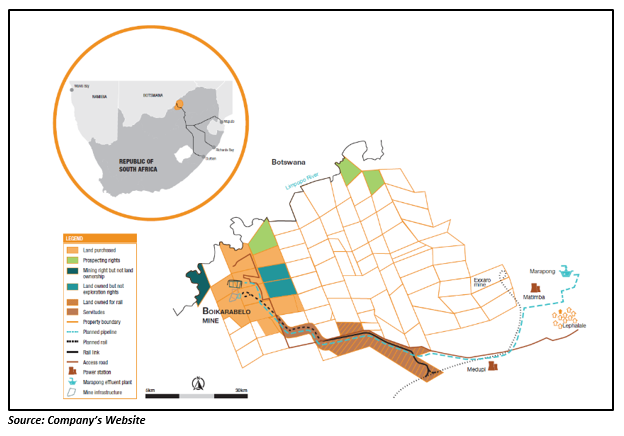 In an announcement today, the company announced the execution of the Sixth Deed of Amendment and Restatement to the Facility Agreement that was initially signed between Noble and Ledjadja in March 2014. Under the Facility Agreement, ResGen is the guarantor of Ledjadja's obligations. ResGen entered into a conditional agreement with Noble Resources International Pte. Ltd. to provide additional working capital requirements to Ledjadja on 15th March 2019.

The key terms of the amendments have been documented in the form of the Sixth Deed of Amendment and Restatement, which has been executed by Noble and ResGen.

The key terms of the amendments include the following:

The company’s stock is currently trading higher on the Australian Securities Exchange, settling the day’s trade at AUD 0.105 (on 22nd May 2019), up by 7.14 per cent relative to the last close. Around 631,650 number of RES shares were in trade today, and the stock reported a market cap of AUD 56.98 million.  The stock has generated a YTD return of 12.64 per cent while it delivered a negative return of 18.33 per cent over the last one month.