In this piece of article, we would be covering two financial technology companies and discussing their recent updates.

Afterpay Touch Group Limited (ASX: APT) is a technology-driven payment company, which focuses on making the buying experience of its global client base great. At present, the company has ~ 3.5mn active users along with 25k+ active retail merchants. 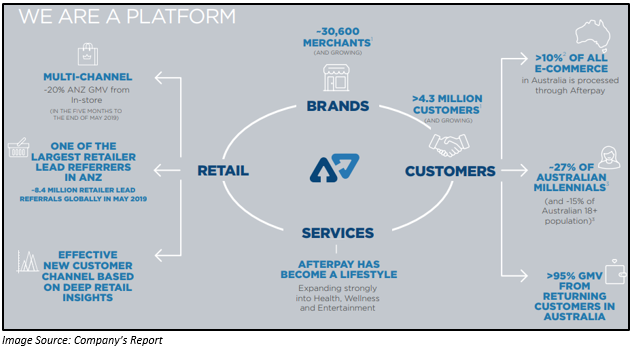 On 1 July 2019, Afterpay Touch Group Limited responded to the query raised by ASX on 28 June 2019, regarding the change in the price of shares of APT from as high as $ 28.77 to a low of $ 23.95 on that particular date. Also, ASX noted that there was a significant increase in the volume of shares traded on that day, especially in the last 45 minutes of the trading.

Since the response to the first question was a ‘no’, ASX wanted APT to throw some light on the recent trading in its securities. In response, the company referred to an article from the Australian Financial Review by Sarah Thompson and Anthony Macdonald and suggested that it might be the reason for the recent impact in the trading in APT securities. As per the AFR article, investors have responded to a Visa Card statement that it would pilot a ‘suite of Visa’s instalment solutions’ under which the users would get the option to pay for transactions through instalments by means of a Visa card. However, the company was not able to confirm whether this was the actual reason influencing the recent trading in APT securities. There are several other factors that might have influenced the intraday price and trading volume of securities on that particular day. APT also highlighted that other ASX listed companies from the same industry had seen similar movements in their share price over the same period of time.

Splitit Payments Ltd (ASX: SPT) is another company from the same domain. It operates as an open banking payment platform. The company provides solutions in four ways: 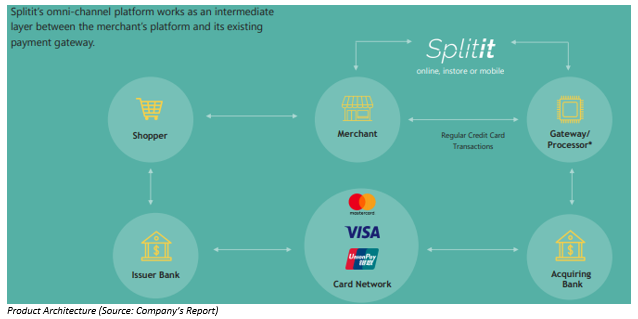 On 1 July 2019, Splitit Payments Ltd announced that it has entered into an agreement with Kogan.com (ASX: KGN), which is a portfolio of e-commerce businesses. Under the agreement, SPT will provide its instalment payment solution to make online purchases in Australia using the website of Kogan.com.

Kogan.com comprises of a group of retail as well as services businesses which include Kogan Retail, Kogan Mobile, Kogan Money, among others. It is the top consumer brand in the country, which is known for price leadership through digital proficiency. Kogan.com has more than 1.5mn active clients.

The new relationship of the company with Kogan is aligned with the strategic vision of the company and is aimed at providing the customers with a smooth way of making payments for purchases in interest and fee-free monthly instalments via their credit cards. Also, the customers receive instant approval, and there is no requirement of credit checks, applications or registrations.

The total funds generated through both share purchase plan as well as placement, which was completed on 24 May 2019, stood at nearly $ 30.3 million. With these funds, the company would be able to improve its potential to meet the existing surplus demand for its products and pursue its growth strategy at a rate faster than expected in its Initial Public Offering prospectus. Moreover, it would allow the company to capitalize on existing as well as new opportunities as they come.