Penny Stocks are those stocks which trade at a price lower than $1. Let’s have a look at the recent updates on the three penny stocks trading on ASX.

About the Company: Esports Mogul Limited (ASX: ESH) is an ASX listed esports media and software company which owns and operates mogul.gg tournament platform technology, which is the best and the most advanced tournament and matchmaking platform in the world, with full automation for major esports titles. 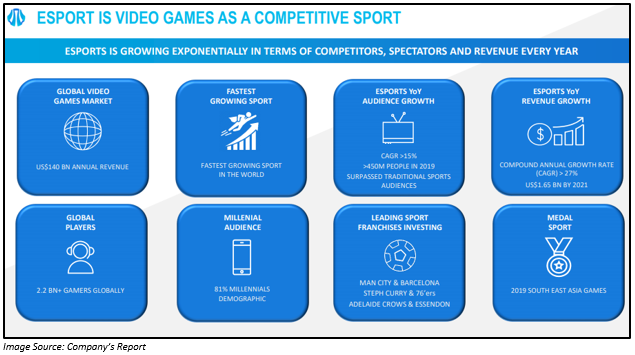 Recent Update/s: On 4 July 2019, the company announced that Australian Apex Open which was launched in April 2019, is completed now. More than 3,850 Apex Legends games were played during the tournament. The hosting of the tournament in Australia of this size is a significant milestone for the company, as it demonstrates the unique tournament platform of the company as well as market positioning. The company reported strong growth in the users on the mogul.gg platform and simultaneously created brand awareness. There were more than 30,000 hours of the total streaming time of content related to Mogul through Twitch, which is a video platform.

Further, through the Australian Apex Open tournament, the company has obtained critical data on both players residing in the region. Other than this, the tournament also provided additional operational learnings for Mogul for driving the upcoming tournament strategy internationally.

About the Company: ImExHS Limited (ASX: IME) is a provider of imaging Software as a Service (SaaS) as well as ancillary solutions. The company implements advanced solutions for the healthcare industry as per the needs of its customers along with timely and superior service. 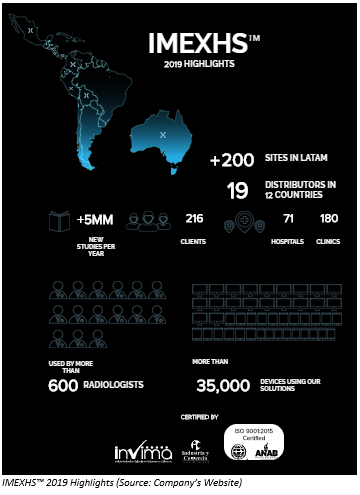 Recent Update/s: On 4 July 2019, the company announced its new SaaS relationship with Rad One, PSC. Rad One, PSC has more than 20 years of experience via a network for inpatients, emergency rooms, outpatient imaging centres as well as mobile facilities in 10+ institutions in Puerto Rico.

Entering into this contract is the initial step for the company to enter into US healthcare market with the soft launch strategy. The contract is for a period of approximately five and a half years. The first seven months of the agreement would comprise of localization trial, which will then return to a paying contract. Also, the invoicing would commence during the early parts of CY2020.

Further, the company has applied for FDA 510(k) approval. The result on it is anticipated soon.

About the Company: Ava Risk Group Limited (ASX: AVA) is a market leader of risk management services, as well as technologies which are trusted by some of the most safety conscious commercial, military , industrial and government clients across the globe. 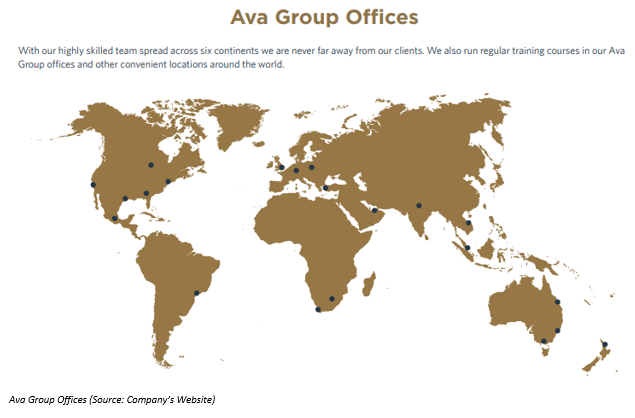 Recent Update/s: On 4 July 2019, Ava Group gave a market update, wherein, it mentioned that in FY2019, the revenue of the company is expected to increase by ~160% to $31.5 million as compared to the previous corresponding period. The technology division of the company is confident to have robust growth in FY2020 with an order backlog at 30 June 2019 worth ~ $6 million. However, as a result of the receipt of several orders in late June 2019, followed by the timing of production and dispatch for those orders received, the company expects a lower FY2019 revenues to be of ~ $15.5 million which is $2.5 million below the expectations.

The delayed orders are expected to get shipped in the first quarter of FY2020, and the remaining orders would be delivered in FY2020.

The revenue guidance of Services division is around $16 million and is anticipated to be EBITDA positive during the fourth quarter of FY2019.

On 4 July 2019, the company also announced that FFT’s Aura Ai-2 technology had been chosen for shielding critical pipeline setup in India. The company has also secured maintenance support contracts with two of its existing customers in India. It would help the company to increase its recurring revenue. As per the maintenance contracts, the company would be providing support services, as well as spare parts for installed FFT Secure Fence and FFT Secure Pipe systems which would be installed in order to protect important infrastructure across India which consists of major Oil & Gas assets as well as facilities.

As part of its global push to increase its recurring revenue, AVA is pleased to announce that it has secured maintenance support contracts with two of its existing customers in India. The maintenance contracts are for the provision of support services and spare parts for installed FFT Secure Fence and FFT Secure Pipe systems deployed to protect critical infrastructure across India, including major Oil & Gas assets and facilities.