Stocks from energy along with metals and mining sector are amongst the most talked about on ASX, pertaining to the Aussie land.

Let us look at the recent updates coming from players of these 2 sectoral spaces:

A uranium production company, Paladin Energy Limited (ASX: PDN) has current project interests in Australia and 2 mines in Africa. In February 2019, a consulting firm had showcased apprehension related to the financial stature of the company, based on the $423 million contract to deliver services to Manus island refugees.

The financial strength report prepared by the consulting firm was based on the available data of the company and did not make any recommendations to the Home Affairs, with regards to the appointment of the tender to PDN or not. Market reports state that this report might have covered the small market cap of the company, which was contradictory to the over million-dollar contract, in the discussion.

Recently, the company had denied the presence of any existing bad debts and stated that no payment, unlinked to service had been made.

Further, an official of the Home Affairs stated there were no identified significant issues with the company’s financial standing.

In the light of the same topic, on 18th June 2019, a confidential report stated that the company did possess a “moderate to high” financial risk. To be precise with the market research findings, the initial contract was almost 35 times PDN’s 2016 annual revenue. This is a direct indication of the PDN’s inability to run a huge multi-million worth refugee contract with tumbling cash reserves.

As per a report, the company’s inconsistent financial position and limited cash reserves would ideally not be enough to cover the working capital requisites of the contract.

This is in dire contrast with the previous statement made by the Home Affairs, and as a result, the contract would be extended ahead of its expiry date of 30th June 2019. This stirs up new issues, as the new government of Papua New Guinea wishes for more local inclusion in the contract and wants a wrap up on the previously decided date.

However, at present, the contract is under the scanning radar of the internal auditors of the Home Affairs and the Commonwealth Auditor-General.

The company is anticipated to generate a monthly profit of approximately $17 million from the contract.

A market expert had pointed out the company’s inadequate experience with large contracts. It was also stated that one of Paladin’s local directors, Kisokau Powaseu, was accused on the grounds of fraud and money laundering and had been arrested in January.

As reported in its Quarterly activities report for the period ending 31st March 2019, the company’s Cash and cash equivalents amounted to $29.9 million (excluding restricted cash of $11.2 million).

Also, as per the report issued for the half-year period ending 31st December 2018, the company generated a gross profit of $4.6 million.

Flinders Mines engages with minority shareholders for Board appointments

Presently focussed on the development of the Pilbara Iron Ore Project, Flinders Mines Limited (ASX: FMS) is one of Australia’s iron ore mining companies. The company was a diamond minor until 2009 and has been thriving to make a mark in the iron ore sector.

Earlier this year in March, a market research notified about the agitation of the minority owners of the company post the Takeover Panel's finding of improper situations that was prompted by the senior owner to delist the business.

These minority stakeholders of the company with almost 6% stake in the company, wished for the removal of FMS’s chairman Neil Warburton and two directors linked with the Todd Corporation. The corporation was associated with the company in 2014 and has been trying to pace up its control over the company.

Recently, on 18th June 2019, as an optimistic news for the minorities, it was notified that the Todd family had been moved to allow concessions to a conservative governance at the company by introducing a change in its board.

According to a market expert, the Todd Corporation was in support of the pre-planned start of the anxiety of the minority stakeholders with the aim to delist the company.

On 17th June 2019, the company had finally begun a process wherein, there would be a broader Board representation. It had engaged with the minority stakeholders to discuss the potential appointment of few additional independent directors to FMS’s Board.

In the same context, it was announced that the company had appointed Cheryl Edwardes AM as an independent Non-Executive Director, with immediate effect. There are a couple of Board members who would step down from their respective positions in the days to come. David McAdam would no longer be a Board member, though he would still have an executive leadership role with FMS. Shannon Coates will resign as Non-Executive Director before the company’s 2019 Annual General Meeting.

Besides this, the company informed that there would be a new committee formed, which would be dedicated towards choosing an infrastructure provider to operate and build the link between the company’s proposed mine and a coastal port.

The company announced on 17th June that as part of the best path forward to progress the Pilbara Iron Ore Project and add shareholders value, it had formed a PIOP infrastructure committee to review the potential infrastructure options of the project. 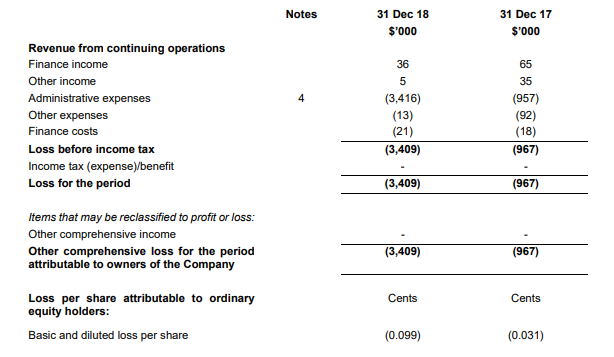