Ramelius Resources Limited (ASX: RMS), a gold mine developer and producer in Australia, presented an update on 16th May 2019, regarding its wholly-owned Symes’ Find Mining Lease, which is 120km southeast from the company’s Edna May Gold Mine. The company identified significant laterite gold mineralisation, along with shallow oxide bedrock gold mineralisation at the prospect.

The company is currently estimating the Mineral Resource and Ore Reserves of the prospect, where the gold mineralisation is associated with a series of stacked and shallow plunging high grade mineralised shoots toward the southeast. The mineralised shoots are controlled by the intersection of subvertical shears and the east-dipping mafic gneiss host rocks. 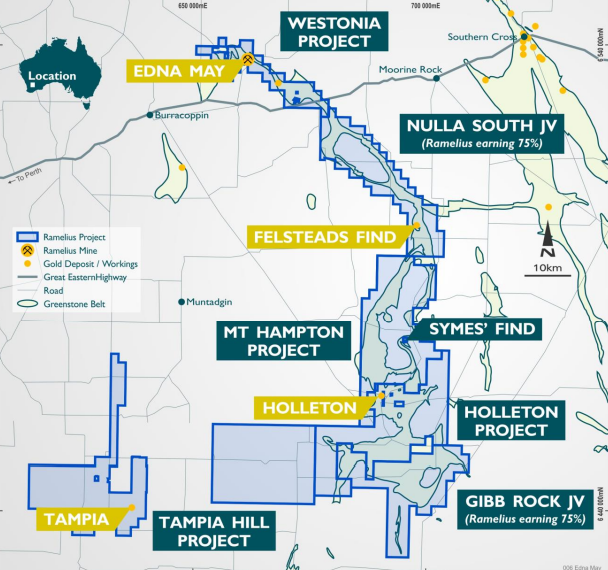 The company completed infill and step out exploration drilling over the prospect, which accounted for an aggregate of 2,801m drilling and 133 drill holes.

Ramelius received the assay results of the drilling, and some of the significant results are as follows: 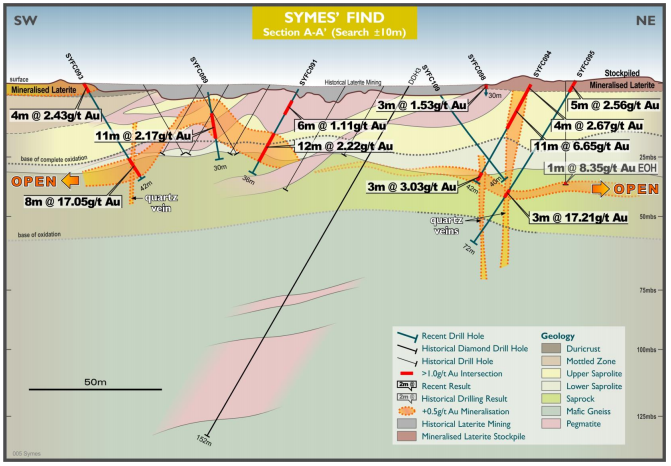 As per the company’s estimation, the gold intersection is around 80 percent of the reported downhole intersections (shallow plunging gneissic fabric mineralisation), and 50 percent of quartz healed shears present vertically.

Ramelius drilling identified further broad surficial laterite gold anomaly of more than 1.0g/t towards the southeast, which remains open. Some of the significant interceptions include:

The drill hole identified as SYFC145 intersected 4m at 5.21 g/t of gold t from the surface.

The company is pushing forward with the drilling activities to inch up the production level further, and for that, it has appealed against the decision of Department of Mines, Industry Regulation and Safety (DMIRS) for not granting a clearing permit for Greenfinch project.

However, the company recently estimated the clearing to take tenure of around 6-months and decided to utilise that time in other priority work.