Nickel Mines Limited (ASX: NIC) intends to become a globally significant, low cost producer of nickel pig iron, a key ingredient in the production of stainless steel. The company was listed on ASX in August 2018 and since then, has provided a return of 51.79% as on 30th May 2019.

Today, the company’s securities were placed in a trading halt at the request of NIC, pending it releasing an announcement in relation to a material capital raising.

As per the recent media speculations, it is believed that the company is raising capital to increase its interest in Ranger Nickel Project in which it currently holds 17% interest. Remaining 83% interest is held by Shanghai Decent, the company’s operating partner.

Recently, on 30th May 2019, Shanghai Decent reported about the production of the first NPI from one of Ranger Nickel’s two rotary kilns, which is an encouraging news for the company and its shareholders.

It is anticipated that second kiln will commence commissioning by early July, with both kilns expected to take approximately two months to ramp up to 80% of capacity. The commissioning of Ranger Nickel will underpin the company’s decision to fast-track its acquisition of a further 43% interest in the project as announced on 17th April 2019.

In terms of today’s announcement, the company believes that it will enjoy earlier than anticipated cash flows from Ranger Nickel. And further, by exercising its contractual option within 60 days of first NPI production, the company will also benefit from acquiring its additional interest at a discounted valuation of US$280 million. 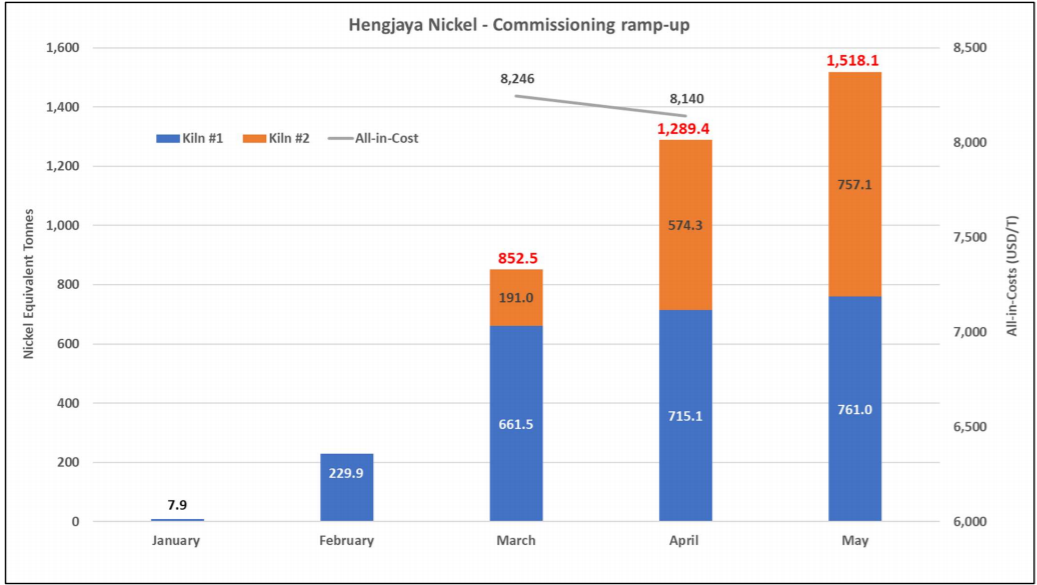 The company believes that it is on track to establish a world-class nickel company that can lay claim to the lowest capital intensive and among the most profitable nickel units in the global market.