Metcash Limited (ASX: MTS) is a wholesaler and distributor in Australia that deals with many supermarkets and retail groups in China. It also operates cross-border eCommerce stores through key platforms including Alibaba’s Tmall Global and JD Worldwide. The company supplies to retailers from the liquor, food and hardware sectors.

Today on 3 June 2019, Metcash revealed to the market that it had reached an agreement with Drakes Supermarkets to supply its Queensland stores for an additional five years, as the previous supply agreement expired on 2 June 2019.

The above update follows another announcement released by Metcash in May 2018 regarding Drakes Supermarkets’ decision to not engage with its supermarkets in South Australia being supplied from Metcash’s new DC, which is currently being built in Adelaide, beyond the previous contract term.

Recently in March 2019, Metcash released its Strategy Update touching upon all aspects of the company’s business and future strategy.

The consideration for the transaction was valued around AU$ 2.5 million along with 85% of the business’ net asset value of AU$ 5.8 million. In addition, eCargo also paid a deferred compensation of around AU$ 3.5 million, which was financed from its existing cash reserves and facility.

The pillar-wise financial results are as follows: 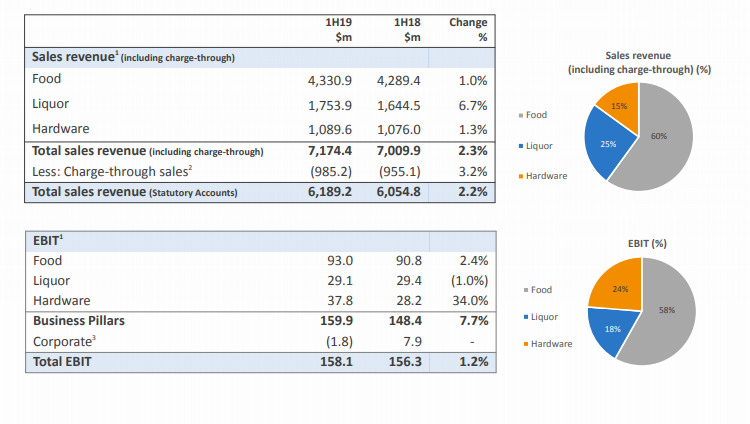 The company also informed that its Working Smarter program is on track to deliver cumulative savings of ~$ 125 million by the end of FY19. The operating cashflows and balance sheet were also strong for the concerned period. The company executed $ 150-million Off-Market Buy-Back in August 2018 and paid out a fully franked interim dividend of 6.5 cents per share.