The further division of the Mineral Resources; prospect wise, are as follows: 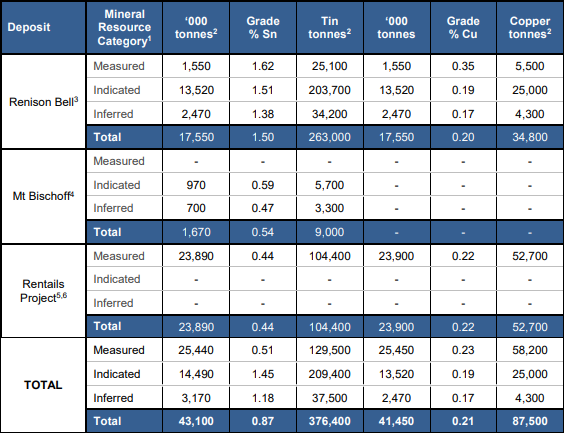 The annual comparison of the Mineral Resources; prospect wise is mentioned below: 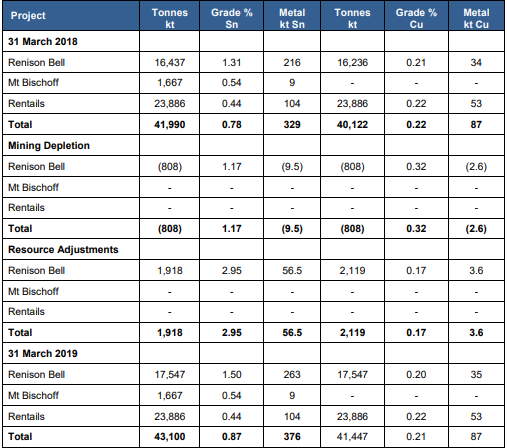 As mentioned above, MLX holds the project partially and controls 50% of the interest in the Renison Tin Operations, due to which the only half or 50 percent above reported Mineral Resources belong to the company in the Bluestone Mines Tasmania Joint Venture.

On the 50 percent basis, the Mineral Resources of the company are as follows:

Metals X had used NQ2, LTK60 and LTK48 sized diamond core to collect the bulk of the data utilized for estimating and calculating the Mineral Resources. The diamond core was geologically logged and subsequently halved for sampling.

Also, as mentioned above, MLX had classified the Mineral Resources as per the JORC guidelines.

MLX dried the samples at 900C and then crushed it to less than 3mm for the analysis. Samples were then riffle split to obtain a sub sample of approximately 100g, the sub sample was then pulverised to 90% passing 75 micrometres.

The company further took two gram of the pulverised sample with twelve gram of active reagents, which includes a binding agent; the weighted sample is then pulverised again and collected. Post collection the samples were then compressed for introduction to the XRF.