Recently, we have written an article on Aguia Resources (ASX:AGR), and the readers can click here to view the article.

Unibail-Rodamco-Westfield (ASX: URW) has recently notified the market about the financial information as at March 31, 2020. For the first three months of 2020, the company reported proportionate turnover amounting to €956.6 million, reflecting a rise of 1.8%. This growth was primarily because of property development and project management revenues, which was partly offset by disposals completed in 2019 and the mandated cancellation of major events in March 2020 in the Convention & Exhibition business as a result of COVID-19. Moreover, the robust growth in property development and project management revenues was achieved by the projects in the UK during the same period. The company recorded proportionate gross rental income of the Shopping Centre division of €679.1 million with a rise of 0.8%.

James Hardie Industries Plc Ended in Green on 19th May 2020

James Hardie Industries Plc (ASX: JHX) recently notified the market players with the performance of last quarter of FY20 (Q4 FY20), wherein it reported adjusted net operating profit amounting to US$86.6 million and US$352.8 million for FY20. With respect to the Asia Pacific segment, the company has recorded a rise of 2% in revenue and adjusted EBIT growth of 4% in local currency at an adjusted EBIT margin of 20.5%. The company stated that the volume of North America Fiber Cement witnessed a rise of 10% during the quarter. The strong full-year results were driven by robust performance in North America segment. For Q1 FY21, the company expects its North America segment adjusted EBIT margin in the range of 22% and 27%. 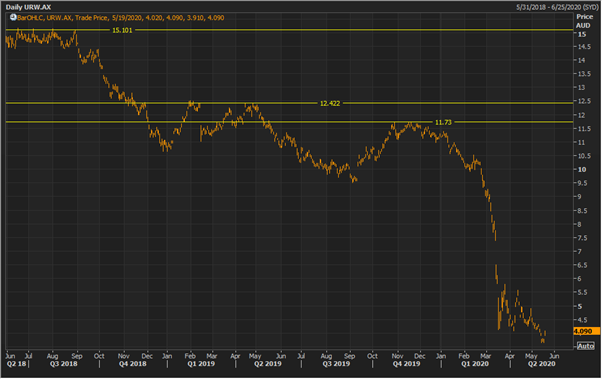