Australian shares ended higher on Thursday after the US Federal Reserve indicated that it was in no hurry to taper stimulus. The market sustained up move on the back of solid gains in tech and material stocks. The equity market was up despite rise in COVID-19 cases as investors seemed to have shifted focus to corporate earnings reports.

The market breadth, indicating the market's overall strength, was strong with seven of the 11 sectoral indices ending in green.

The information technology index was the best performer with 2.7% gain, tracking a slight rise in Nasdaq overnight. In the IT space, software firms IRESS, Nuix, Altium were among top losers. Buy Now Pay Later firms Afterpay, Zip and Sezzle also ended in green.

A-REIT emerged as the top laggard, closing 1.3% lower. Among others, utilities, consumer staples and financial ended in red zone.

On the losing side, global online marketplace Redbubble (ASX: RBL) topped the chart with 3.4% loss. 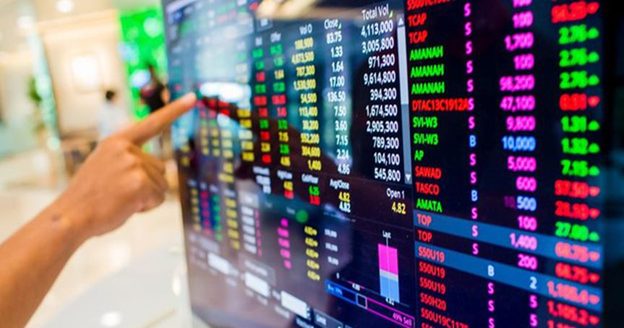 Shares of cybersecurity services provider Tesserent Limited (ASX:TNT) gained as much as 9% today. The Company has reported operating EBITDA of AU$3.8 million in June quarter, up 125.5% from the previous quarter on the back of strong sales growth during the period. The turnover has risen 81.4% to AU$38.2 million as compared to the previous quarter.

Shares of financial services provider The Agency Group Australia Ltd (ASX:AU1) have rallied 34.5% on robust earning outlook. The company expects its unaudited EBITDA for FY21 to exceed AU$4 million, a near seven-fold jump from last year's AU$700,000. It also reported combined group revenue of AU$16 million for the fourth quarter, up 74% from last year.

Carbine Resources Limited (ASX:CRB) saw its share  surging over 5% after the mineral explorer provided an update on its Muchea West Silica Sands Project.

Shares of metals and mining giant Rio Tinto (ASX: RIO) hit record high after the company reported strong earnings and announced to pay AU$9.1 billion in dividends. The global miner posted strong profit for the half year ended June 30, 2021, on the back of strong iron ore prices aided by Chinese demand.

Shares of software firm Iress (ASX: IRE) were among top gainers on ASX pack after it rejected a takeover bid from EQT Fund Management. The company’s board declined the offer, saying that it did not represent compelling value for its shareholders.

The Asian markets were trading mostly higher on Thursday, reversing previous session losses, after the US Federal Reserve statements.

In a similar trend, Taiwan Weighted Index rose 1.2%, while Straits Times in Singapore traded higher by 0.5%.

Meanwhile, in the overnight trade on Wednesday, US stocks ended on mixed note. The Dow Jones fell 0.36%, while the S&P 500 ended marginally lower. The tech-savvy NASDAQ closed with 0.7% gain.

All the major cryptocurrencies were trading in green during Asian trading hours on Thursday. The crypto market witnessed improvement in sentiment over the past week following slew of positive developments.

While Bitcoin was trading near US$40K mark, Ethereum was trading above US$2,200. The world's largest cryptocurrency briefly surpassed the US$40K level in the last 24 hours of trade.

The world’s second-largest crypto, Ethereum, was up 0.5%, while XRP rallied over 10 per cent.

However, other digital currencies such as Cardano and Dogecoin were trading in red.