On 27 October 2020, in Wall Street, the major indices once again reflected mixed emotions- Nasdaq Composite ended at 0.64 per cent higher, Dow Industrials fell by 0.8 per cent, and S&P 500 dwindled by 0.30 per cent.

The stocks that surged the maximum during Wednesday (28 October 2020) are:

The stocks that declined the most during Wednesday’s (28 October 2020) trading session are:

To have a quick look at the top five best and worst-performing stocks during Wednesday’s trading session, see the graph below. 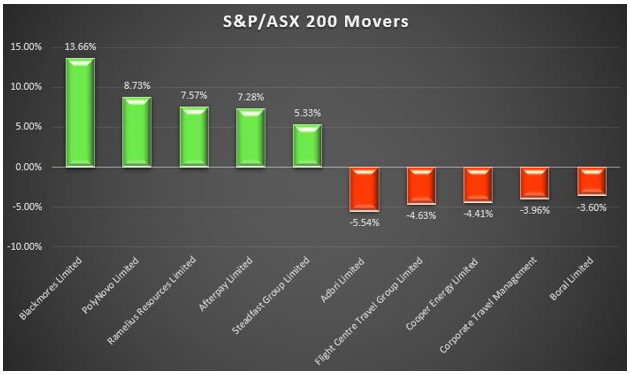