The Company also announced further results from the program are due shortly with over 4,200m of core either in the lab or at the site requiring processing. 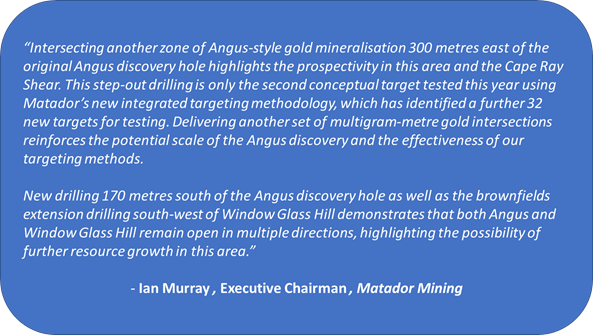