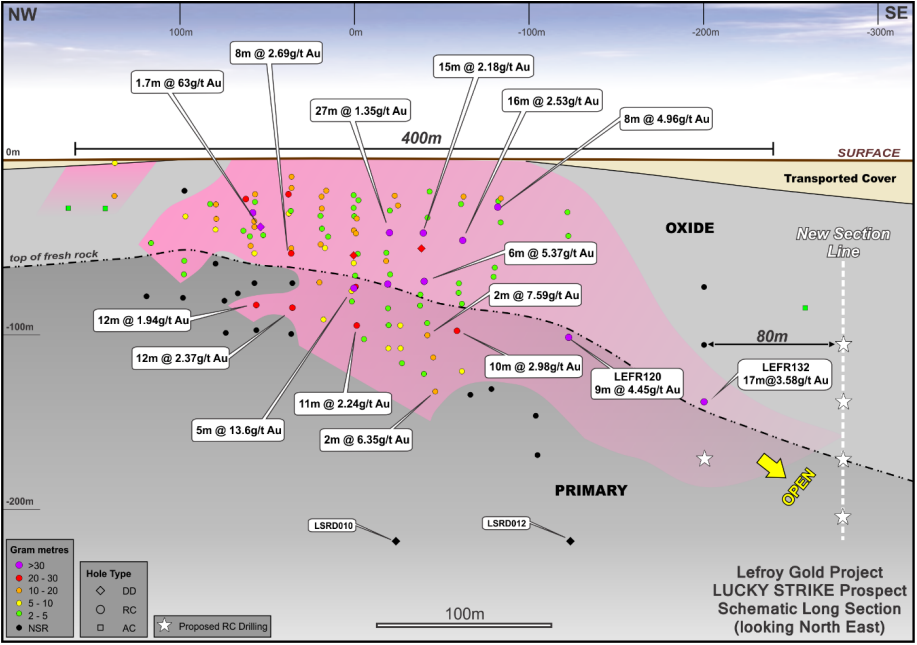 The intersection is interpreted as 100m down plunge extension of the high-grade mineralisation intersected in hole LEFR120. An intersection in LEFR132 has been reported as one of the strongest gold intercepts at Lucky Strike (+60gram metres) and demonstrates a strengthening of the gold tenor to the south east and down plunge.

After RC drilling, a four-hole diamond drilling program was completed totalling 624 m. Western Australian State Government’s Exploration Incentive Scheme (EIS) funded three out of the four holes. Diamond holes were drilled to evaluate the down dip projection of the BIF hosted gold system and holes were designed to penetrate the footwall basalt to provide a wider appreciation of geology along with exploration for new mineralisation. Assay results for diamond drilling do not depict any significant intersections from either the lower BIF unit or the sulphide altered basalt, told Lefroy.

LEX has initiated a focused research project to improve geological understanding and assist with ongoing target generation both at Lucky Strike and the district. The research project was commenced with the detailed geological logging of the Lucky Strike diamond drill core, in collaboration with underway at Centre of Exploration Targeting (CET), University of Western Australia (UWA).

Going forward, the company aims to recommence drilling in early June at Lucky Strike while drilling rigs remain secured with the company. This drilling program is designed to evaluate the along strike and down plunge continuity to BIF hosted gold mineralisation in LEFR132. A total of five holes would reportedly be drilled for approximately 1000m, including an 80m step out drill section along strike of LEFR132 comprising four 40m spaced deep RC holes. The company also plans to drill an additional hole to evaluate the down dip projection of the mineralisation in LEFR132. 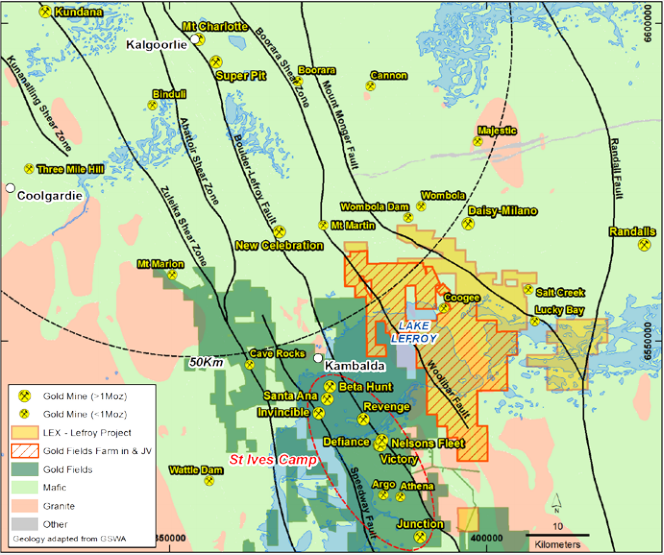