Lake Resources NL (ASX: LKE) is a lithium exploration and development company, which operates in Argentina. It aims to develop a wholly owned- hard rock project and the three lithium brine projects in Argentina. The leases are primely situated amid the lithium sector’s major players and fall under the Lithium Triangle. Wherein half of the globe’s production of lithium takes place. The company holds one of the largest lithium tenement packages of approximately 200,000Ha in Argentina. These large holdings have the capacity to supply the demand made by EV manufacturers and battery makers.

On 22nd May 2019, the company made an announcement related to its wholly owned Cauchari Lithium Brine Project in Argentina being operated by the Foraco Diamond Rig. LKE stated that further conductive brines in the drill hole, had been intercepted and sampled. 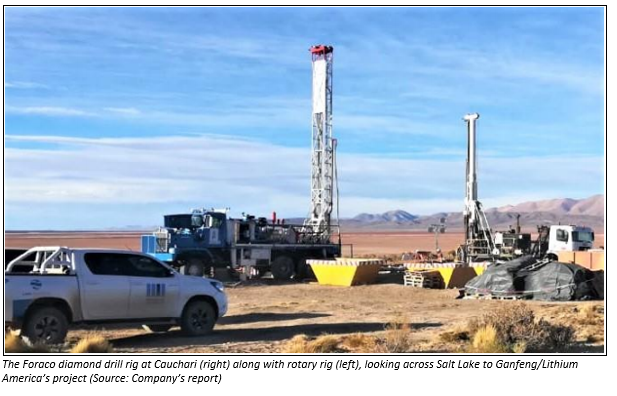 The tests and drills were preliminary and used field testing techniques; the results of which would follow. The diamond drill rig had conditioned, as well as sampled, casing the hole to 180m, which is at present low at 205m. The targeted sand horizon is in the range of 350-450m.

Commenting on the same, Managing Director, Steve Promnitz stated that this update of conductive brines supports the LKE’s view that the brines well extend under the alluvial cover on its leases. The progress made on the rig has been highly encouraging for the company. Further results would be released, as per its availability. 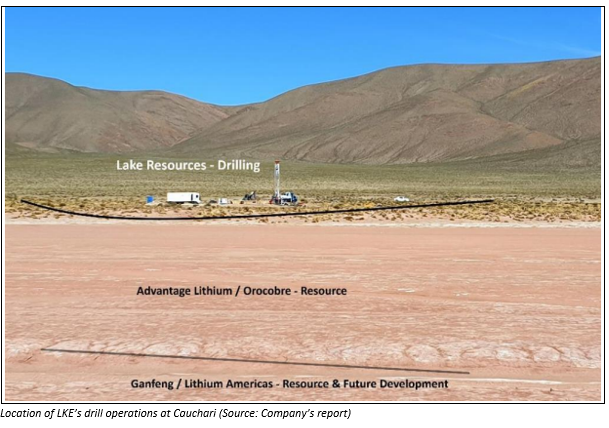 At present, the drilling is focussing on unlocking the value from this emerging project. The Cauchari Lithium Brine Project is adjacent to a brine project in the Lithium Triangle.

On 21st May 2019, LKE notified the market that it had appointed Hatch Pty. Ltd. Hatch is an engineering firm which would provide its services to the company’s wholly owned flagship asset, namely Kachi Lithium Brine Project situated in Argentina and South American region.

On 6th May 2019, the company released a presentation on the Bloomberg/Benchmark Minerals World Tour, NYC. Wherein it stated the demand for lithium forecasted to increase 6x by 2030 due to EV’s and energy storage. This would be more than US$200 billion, committed by automakers in EV’s. The above-mentioned demand is also forecasted to outpace the supply of lithium.