As per the company, the proceeds of the placement will be used to conduct exploration activities on the company’s existing projects, with an emphasis on the recently acquired Mt Clere Rare Earth Project. The proceeds will also be used to evaluate further acquisition opportunities and for general working capital purposes.

The acquisition of Mt Clere Rare Earth Project came in at the right time as the demand for REE is expected to rise in the next few years. In addition, the prices of REE are also expected to increase. The current trade war between the US and China has opened gates of opportunities for companies like Krakatoa Resources who can benefit from their REE projects located outside China. 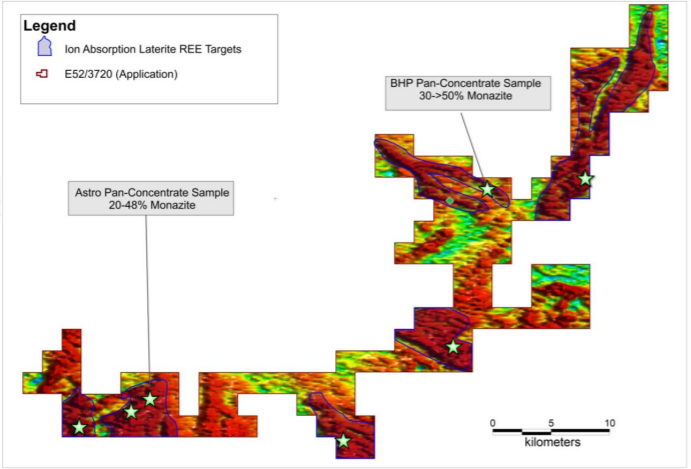 At the time of the acquisition, Mt Clere Rare Earth Project was covering a substantial area of 403km in the Gascoyne Region of Western Australia; however, with new tenement application (E52/3722), as announced on 24th June 2019, the company increased its holdings over the prospective drainages by a further 153 km.

The REE prospectivity of the project is confirmed by All Star Minerals Plc: 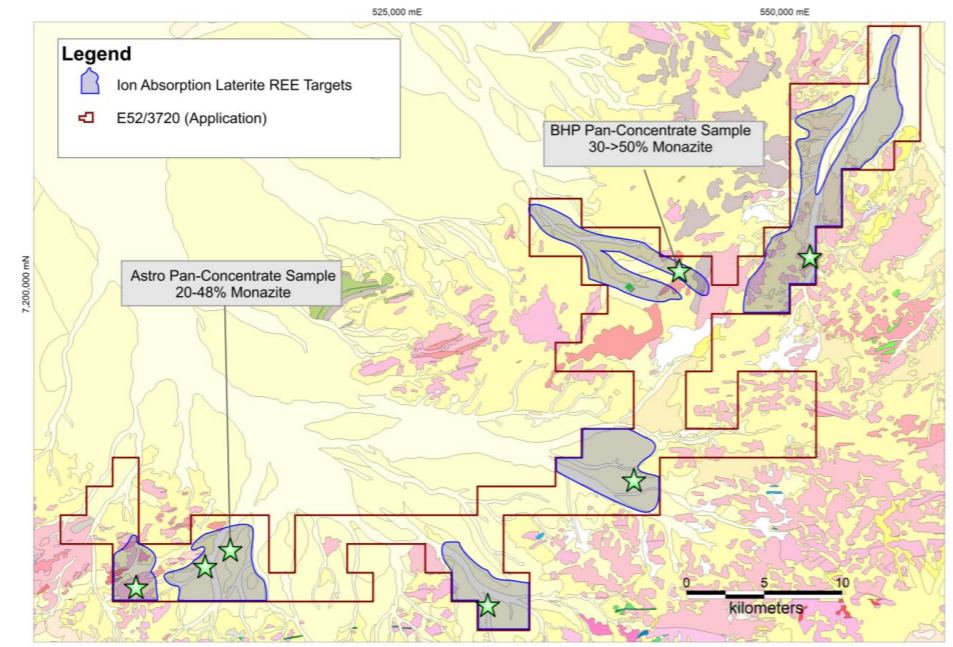 Along with Mt Clere Rare Earth Project, the company has other projects, namely Mac Well Project, Dalgaranga Project and Corkill-Lawson and Farr Project.

The Mac Well Project is located 10km west of the company’s Dalgaranga Project with a land area of 66.9km. With a 7.5km strike along the prospective Warda Warra greenstone belt, the Mac Well Project holds strategic value for the company. During March 2019 quarter, the company started planning for a surface geochemical sampling of the nine target zones, which were previously identified by Core Geophysics. During FY18, the company completed a desktop review of this project, which identified multiple areas as prospective for saprolitic nickel-cobalt, pegmatite-hosted beryl and gold. The company has also completed a mobile metal ion (MMI) soil geochemistry sampling program and reprocessed legacy aeromagnetic and heliborne VTEM surveys, which confirmed the prospectivity at Mac Well.

Another significant project, Dalgaranga is situated 80km north-west of Mount Magnet in Western Australia has produced a significant amount of tantalum with surface sampling at the pit resulting in significant lithium results.

A desktop review on the Dalgaranga Project has identified various base metal occurrences in the Dalgaranga Greenstone Belt, adding more value to the project. During FY18, the company completed an 11 vertical RC drill hole program at Dalgaranga Project, which revealed more extensive pegmatite intersections and widely distributed multi-element rare metal mineralisation than anticipated; highlighted by the discovery of a rubidium, tin and tantalum enriched 71-metre interval.

The assays showed evidence of Rubidium (Rb) enrichment in addition to confirming the existence of Tin (Sn), Tantalum (Ta), Lithium (Li), Cesium (Cs), and Niobium (Nb). 56% of the samples returned Rb values exceeding 1000ppm, with a peak value of 4943.3ppm (0.49%). It was been revealed through drilling that several elements, including Be, Cs, Ge, K, Rb, Sn, Ta, Tl and W, exhibit systematic zonation in and around the pegmatites on the Dalgaranga property.

Krakatoa Resources believes that Dalgaranga Project is prospective for base metal mineralisation, as it lies along strike from the Lasoda VMS mineralisation and contains an EM conductor in the south of the property that is, in turn, supported by coincident lead soil geochemistry.

Quarterly Cash Flow results: During the March quarter, net cash used in operating activities amounted to $140k, which included $27k for exploration and evaluation expenses and $113k of administrative and corporate costs. At the end of the March quarter, Krakatoa Resources Limited had cash and cash equivalents of $137k.