Irish fintech company FINEOS Corporation gears up to ring the first bell on Australian Securities Exchange on Friday, 16 August 2019. The debutant will make the Australia’s largest stock market listing of the year, raising $211 million in initial public offering, which also will be the biggest overseas tech listing on ASX.

Incorporated in Ireland, FINEOS is a leading provider of core software systems to the global life, accident and health (LA&H) insurance industry. The company was founded by the Chief Executive Officer Michael Kelly in 1993, with the idea to offer consulting and services business to insurers through customer-centric technology.

In a media interview, Michael Kelly told that he examined many listing and funding options, including listing on the Nasdaq or London Stock Exchange (LSE), before deciding to go with Australian Securities Exchange for public listing. He added that Australian market has an impressive investor base and presents the right size, well-funded with big super funds.

Detailed View of the Company:

In the emerging era of the internet, FINEOS allows the insurers to keep up with the pace of technological and behavioural shift alongside maintaining strict compliance over regulatory pressures. FINEOS established itself in the global market for claims management software through its flagship product, FINEOS Claims. It was launched in 2004 and forms part of the FINEOS AdminSuite, providing clients with an end-to-end software solution that manages insurance claims from initial intake through to closure.

FINEOS currently provides its software to 48 clients, covering 29,210 users across eight countries in Asia Pacific (APAC), North America and Europe. As a leader in global claims management software and a vendor of a comprehensive module-based core software solution, FINEOS has built a strong client base, which includes six of the ten largest LA&H insurers both in Australia and the United States. 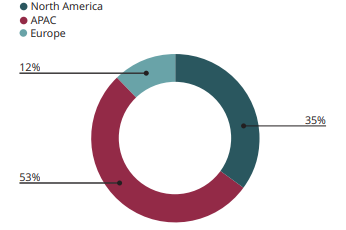 The company generates revenue through the provision of its software products for fees (Software revenue) and the provision of professional services in relation to those products (Services revenue). The split of revenue in FY18 was 41% Software revenue and 59% Services revenue. In FY19, 21% of revenue is expected to be generated from cloud-based products and associated product services (up from 15% in FY18), with this proportion forecast to grow to 44% in FY20.

FINEOS also generates software revenue through its existing on-premise software products through payment of an up-front initial licensing fee (ILF) based on the number of users and initial services, particularly implementation, configuration and client training.

FINEOS launched its IPO at an offer price of $2.50 per CHESS Depository Interests (CDI) to raise the gross proceeds of ~A$211.0 million. The company will start trading on Friday with a market capitalisation of ~700 million, which would surpass the listing of US company Life360, so far, the largest tech listing from overseas. 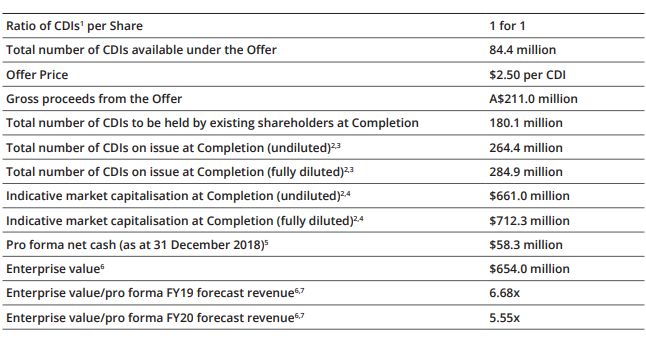 The company informed that on listing, CEO Michael Kelly will hold ~62.9% of FINEOS’ quoted securities, known as CDIs. On a fully diluted basis, Michael and the other members of the senior management team will collectively hold approximately 67.3% of FINEOS through CDIs and options.

FINEOS’ long-term vision is to be the industry leader in core systems software, catering for all core processes across the LA&H insurance industry. FINEOS is committed to invest in product development that expands the capabilities of the existing FINEOS Platform, including exploring the potential for extended artificial intelligence (AI) and analytics integration to enrich existing software capabilities.

To support this, FINEOS intends to increase its R&D capabilities by hiring additional product engineers and agile product teams that focus on developing and enhancing the software offering.

FINEOS’ growth strategy is to increase its market share by leveraging its comprehensive platform and the strong reputation of the FINEOS Claims product. The company believes that it would assist it to drive up-sell and cross-sell opportunities with its existing clients and attract new clients in both existing and new geographic markets. 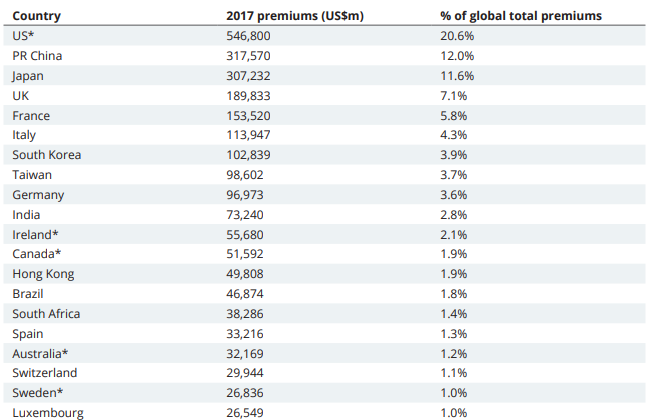 Insurers rely on core software and information technology system infrastructure to carry out functions of their business. FINEOS observed that many LA&H insurers relied on separate, often ‘legacy’ third party or in-house developed solutions to support these core functions and that there was no clear market-leading product providing a modern, integrated software solution across all aspects of their core systems. The FINEOS AdminSuite has been built by FINEOS with the aim of meeting this need.

FINEOS estimates that spend on core software solutions comprises at least US$10 billion of US$45 billion spent on IT relating to external services and external software by life insurers globally. The company is increasing its focus on Software as a Service (SaaS) model for cloud-based solution, where the software is regarded as a service to the client, available on an ‘as needed’ basis, updated frequently and typically paid for by the client through regular subscription payments rather than a one-off licence fee.