The Australian share market has gained momentum in recent months, with the benchmark index, the ASX 200, breaching the milestone of the 7,600 points level in August. The rally in the stock market has led to a sharp rise in initial public offering (IPO) activity with a long list of companies launching their offers to make their debuts on the Australian Securities Exchange (ASX).

As many as 28 companies are gearing up to join the ASX in September. The list includes a swath of metals and mining companies, especially gold miners, as companies rush to cash in higher commodity prices as well as record low interest rates.

In the first fortnight of September, more than 10 companies are expected to commence trading publicly on the ASX. The list includes seven metal and mining companies such as Besra Gold, Iris Metals, Ballymore Resources, Midas Minerals, Mt Malcolm Mines, Culpeo Minerals and Copper Search. Among others, companies from traditional businesses and new-age technology such as HealthCo Healthcare and Wellness REIT, Rubicon Water, TEK-Ocean Group and X2M Connect will also join the domestic stock exchange.

Here’s all you need to know before investing in these IPOs: 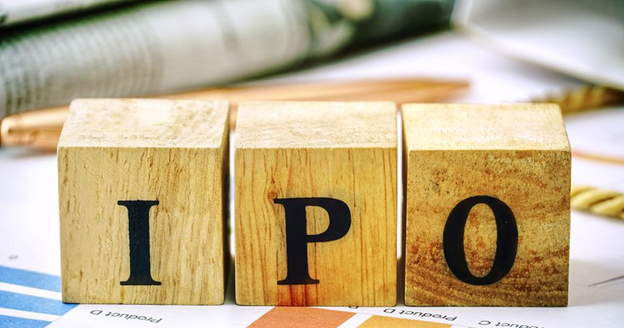 Queensland-based exploration and development company, Ballymore Resources (ASX: BMR) is set to make debut on the ASX on 3 September 2021. The mining company, which has a strong portfolio of gold, silver, copper, lead, and zinc projects, has raised AU$7 million by issuing 35 million shares at an issue price of 20 cents per share.

Mining firm Besra Gold Inc (ASX:BEZ) is expected to commence trading publicly on the ASX on 7 September 7 2021. The Australian gold miner, which operates the Bau Project, located in Sarawak, East Malaysia, raised AU$12.5 million by issuing 62,500,000 Chess Depository Interests (CDIs) at 20 cents per CDI. Each CDI will be equivalent to one common share in Besra Gold. The company is already a Canadian incorporated company having its listing on the Toronto Stock Exchange (TSX).

From Ballymore Resources to Iris Metals: Hot IPOs to watch in September 2021

Another miner that's all set to list on the ASX with its AU$5.5 million IPO is Heavy Minerals (ASX:HVY). The stock is set to begin trading on 14 September 2021. The company issued 27.5 million ordinary shares at an offer price of 20 cents apiece. The mining company holds a 70% stake in the Inhambane Mineral Sands Project in Mozambique, which is operated by the world’s leading miner Rio Tinto and Savannah Resources. The company also owns a 100% stake in the Port Gregory Garnet Project in Western Australia. The sand there has a significant localised enrichment of heavy minerals, notably garnet and to lesser extent ilmenite.

Copper explorer and mining company, Culpeo Minerals (ASX: CPO), will join the ASX on 8 September 2021. The company focused on exploring potential high-grade copper systems in the coastal Cordillera region of Chile has raised AU$6 million at an offer price of 20 cents apiece.

Goldfields-focused mining exploration company Iris Metals (ASX: IR1) is slated to be listed on 10 September 2021. The company launched its IPO to give investors exposure to its Kookynie and Leonora Project, located in Western Australia. The gold miner raised AU$7 million by issuing 35 million shares at an offer price of 20 cents apiece. It’s appointed Taurus Capital Group as lead manager to the IPO.

Rubicon Water (ASX: RWL), which provides water-saving irrigation automation technology, is set to make its debut on the ASX on 2 September 2021. The company garnered AU$42.6 million by issuing 40.2 million shares in its IPO. The shares were issued at an offer price of AU$1 apiece. Formed in Australia in 1995, Rubicon is a global, large-scale vertically integrated water technology solutions company.

Energy industry services company TEK-Ocean Group (ASX: T3K) is slated to join the ASX on 2 September 2021 after raising AU$8 million in its IPO. The company issued 16 million shares at an offer price of 50 cents per share in its IPO. The company has appointed Sanlam Private Wealth’s corporate finance team as lead manager to the IPO. Formed in 2007, the company will issue raised capital to execute its business expansion plans and fuel growth opportunities.

Another IPO that’s joining the bandwagon of new listings is the technology company, X2M Connect (ASX: X2M), which is expected to list on 10 September 2021. The company  plans to raise AU$8 million by offering 32 million shares at 25 cents apiece.  X2M is primarily focused on the online space to digitalise the Utilities sector in the Asia Pacific Region.