Today, on 4 May 2019, the Australian energy infrastructure business, APA Group (ASX: APA) announced it has extended the current gas transportation agreement (GTA) with Incitec by three years. The GTA would allow the continuation of operations of IPL’s Gibson Island manufacturing plant. Subject to certain approvals for the gas supply, the GTA will be effective beginning 1 January 2020 and run through to 1 January 2023.

APA’s Managing Director, Mick McCormack, commented and explained that the GTA would enable Australian manufacturers to continue operating and keep hundreds of Australians employed. Also, the two companies have shared a long-term relationship, and APA is pleased to have been able to help Incitec Pivot through the trying times of tight gas supply on the east coast.

IPL had signed a new GTA with APA Group back in June 2018, to deliver gas through some 3,300 km of pipelines to get gas to the Gibson Island plant until 1 January 2020, to keep the plant doors open whilst IPL investigated other gas supply options.

The extension of the GTA is a piece of welcoming news for the 450 employees and their families as well as the local community.

APA’s GTA news comes after IPL secured gas supply from a new permit release near Chinchilla, Queensland. The Queensland Government awarded the licence to APLNG-Armour Energy Joint Venture on the condition that gas produced must be sold to Australian manufacturing businesses.

At the same time, Incitec Pivot informed the market that it had entered into multiple arrangements to allow seamless operations at its Gibson Island plant through to 31 December 2022. These arrangements are subject to Australia Pacific LNG’s receipt of FIRB approval. Gas supply from Australia Pacific LNG would meet the plant’s requirement from 1 April 2020 till 31 December 2022.

Besides, with continuous improvements on a broader set of Health, Safety, and Environmental targets, Incitec Pivot is well placed to deliver FY21 targets, as reported in the H1 FY19 financial results. 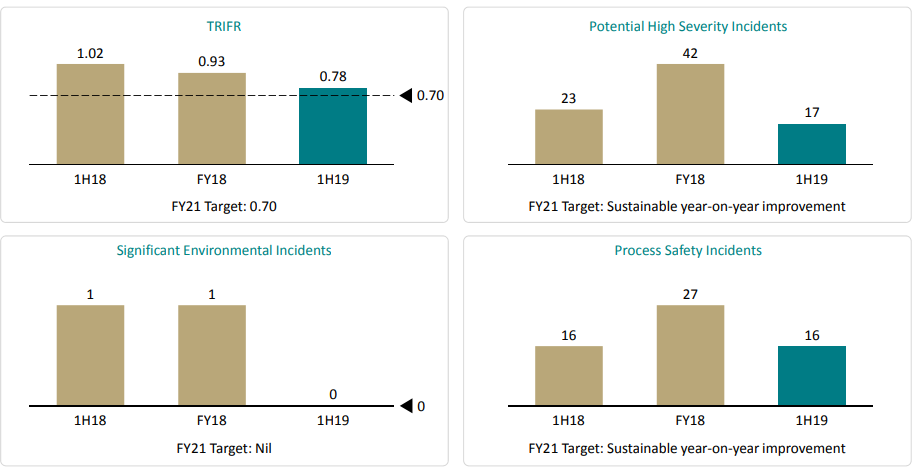