ikeGPS Group Limited (ASX: IKE) belongs to the IT sector and is engaged in developing, marketing and selling measurement solutions for different industries.

The company is dedicated to Serving Communications Companies & Electric Utilities who focuses on the following:

On 30 May 2019, ikeGPS Group announced its FY2019 result ending 31 March 2019. During the period, revenue growth in the core Communications & Electric Utility segment’s total recognized revenue was up from NZ$7.7 million in FY2018 to NZ$8.0 million in FY2019. Also, the revenue of the company in its core Communications and Electric Utility segment increased by 27% to ~$7.3 million as compared to the previous corresponding period.

The gross margin during the period was NZ$5.4 million, which was 34% higher than the prior corresponding report. There was a slight fall in the operating expenses during the period. It declined from NZ$10.8 million in FY2018 to NZ$10.6 million as a result of continued investment into Sales & Marketing as well as Research & Engineering followed by lower Corporate expense profile. The company incurred a net loss of $5.1 million, a 24% improvement on pcp. 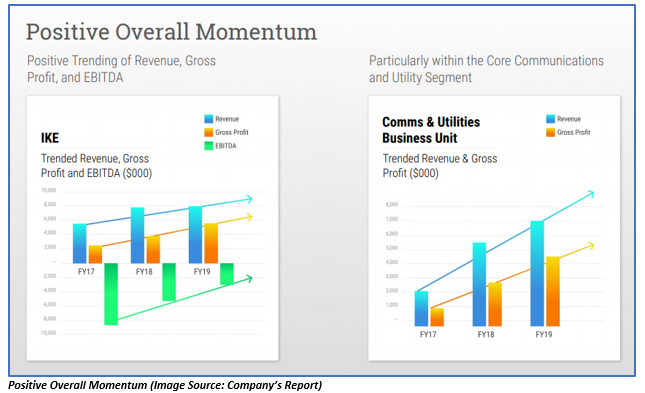 During FY2019 period, the transition to the IKE Analyze business model also got completed. It is important for the customers, and shareholders. The company now delivers more value to its customers by speeding multiple aspects of the network assessment as well as make-ready-engineering process. IKE Analyze has requirement for deeper, longer term customer (& revenue) relationships. 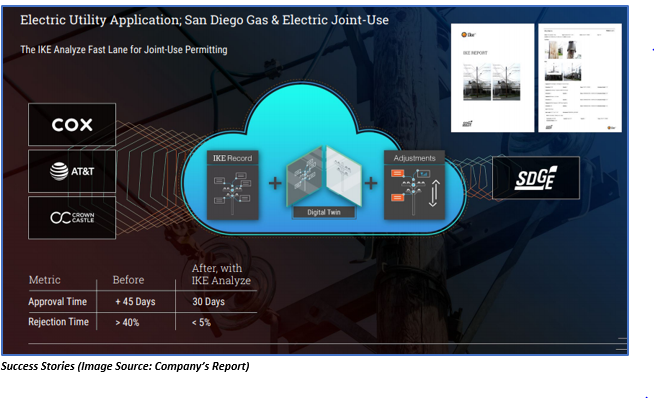 The balance sheet of the company witnessed an increase in the net asset as a result of growth in the total assets. The total shareholders’ equity reported by the company was NZ$9.363 million.

The company reported an increase in the operating cash outflow from NZ$2.809 million in FY2018 to NZ$4.035 million in FY2019 as a result of growth in the cash paid to the suppliers and employees. The company used NZ$1.048 million in its investing activities. The primary drivers of the cash outflow were through the purchase of property, plant and equipment followed by the addition of intangible assets. The net cash inflow through the financing activities of the company was NZ$5.869 million. The primary source of cash inflow was through the issuance of shares on listing. By the end of the FY2019 on 31 March 2019, ikeGPS Group Limited had net cash and cash equivalent worth $3.475 million.

The shares of IKE have generated a positive return of 4% in the last month period. The shares of IKE traded last on 20 May 2019 at a price of A$0.520. IKE has a market capitalization of A$47.05 million and approximately 90.48 million outstanding shares.