Australian rare earths metals and mining pioneer operational in Greenland since 2007, Greenland Minerals Limited (ASX: GGG), is best known for its 100 per cent owned Kvanefjeld Rare Earth Project, enabling the company to be well-positioned to be a future cornerstone to global rare earth supply. 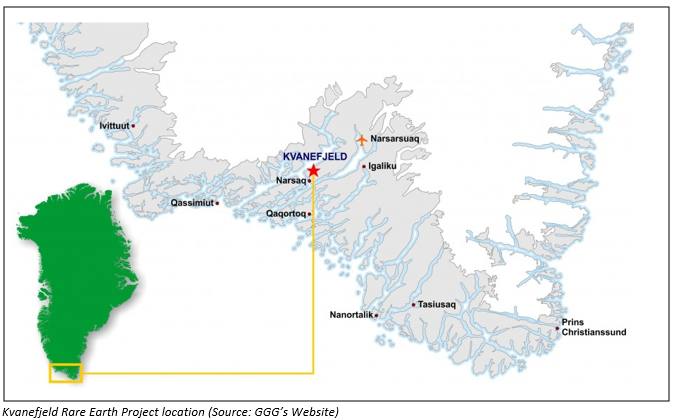 As per the company, Rare earth products are expected to produce over 80 per cent of the project's revenue, with fluorspar, zinc and uranium by-products contributing the rest.

In this article, we would discuss the major developments of the Kvanefjeld Rare Earth Project that unfolded in the recent months, and decode the growth route of the Project, which when developed is likely to be: 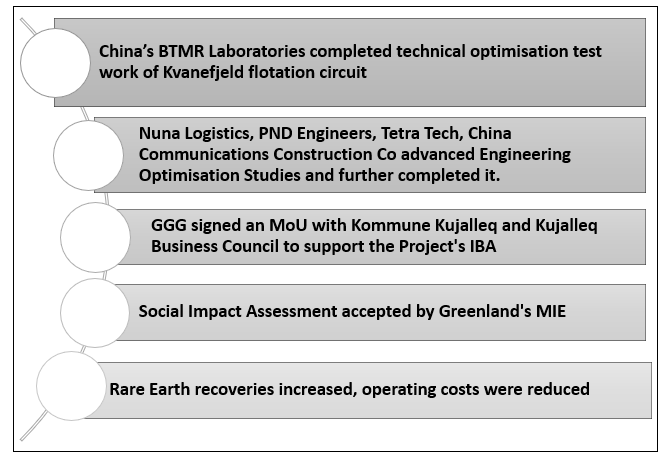 Success of the Technical Optimisation Test

According to GGG’s MD, Dr John Mair- “The progress on technical optimisation was excellent last year, with extensive test work completed in both China and Australia”.

Enhancing the same, in the beginning of 2019, the company pleasingly notified about the completion of the test work to conclude and further de?risk the project’s optimised flotation circuit.

This test work was undertaken by China’s BTMR Laboratories, which developed and tested new simpler project configurations, stating that the optimised grade?recovery produces over 22 per cent REO concentrate grades with recovery in excess of 80 per cent.

Renowned engineering companies- Nuna Logistics, PND Engineers, Tetra Tech and China Communications Construction Co had been dedicated towards the Project’s engineering studies, with the intent to optimise its civil design and construction strategies, which resulted in the following outcomes:

Acknowledging the developments at the Project would be incomplete without understanding the increase in projected output of commercially important rare earths and the average annual by-product output:

GGG signed an MoU with Kommune Kujalleq and Kujalleq Business Council (a municipal authority and local organisation, respectively) wherein the three parties agreed to a Participation Agreement to support and supplement the IBA (Impact Benefit Agreement), which would be part of a mining licence application for the Project.

The intent of the Agreement was to enhance community capacity development, needs identification and skills development for the local workforce and businesses along with sharing knowledge about local culture and land-use practices.

A very significant milestone in Greenland’s mining license application process was marked by Greenland’s Ministry of Industry and Energy accepting the Social Impact Assessment for the Project, which was prepared by Australian consultant Shared Resources Pty Ltd.

The company is eyeing the next step of the permitting process - a period of public consultation in respect to the Application, which is open to stakeholder feedback, before the company representatives travel to Greenland to discuss the outlook and next steps in the licensing process.

With the noticeable and rapid developments at Greenland Minerals’ Kvanefjeld Project, the improved metallurgical performance and increased recoveries, it is safe to say that the Project is well-positioned with the lowest projected unit costs of rare earth production.

Involvement and acceptance of the local community and authorities is a huge bonus, which is keeping the industry experts optimistic and eager to seek further developments at the Project.

To get an insight into GGG’s recent half-yearly report for the year ended 30 June 2019, we encourage you to READ HERE.