Mineral explorer and developer based in Australia, Greenland Minerals Limited (ASX: GGG) is currently focusing on the Kvanefjeld Rare Earth Project in south west Greenland. The company eyes to be a low-cost, large-scale, long term supplier of key magnet metals including dysprosium, praseodymium and neodymium to enable the efficient use of energy. 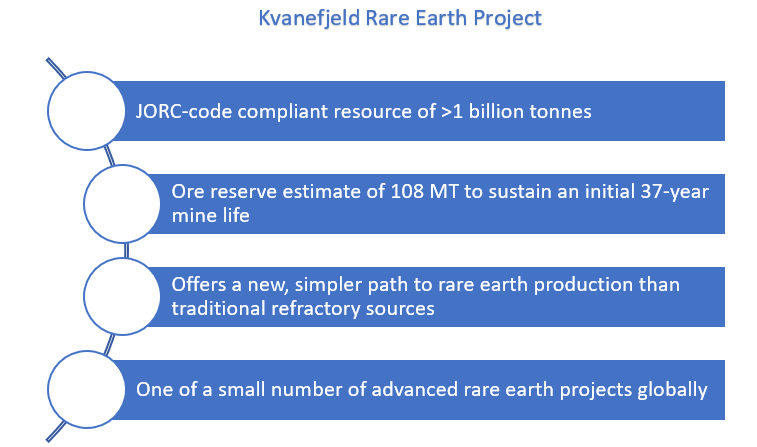 With the help of its strategic partner, Shenghe Resources Holding Co Ltd, GGG has been striving to develop the project as a cornerstone of future rare earth supply. Moreover, the company gained attention of the investors and industry enthusiasts for its commitment to community engagement in the significant new mineral province of Greenland.

Todayâs article would focus on the much anticipated and recently released half-yearly consolidated financial report of Greenland Minerals, for the half-year ended 30 June 2019. Let us dive right in:

Greenland reported a dip in the net loss after providing for income tax amounting to $1.05 million, against the net loss of $1.49 million in the prior corresponding period. The company held total assets worth $92.58 million and total liabilities of $2.06 million as on 30 June 2019. Its total equity amounted to $90.51 million.

Greenland is confident that it is well-positioned to pay its debts with cash and cash equivalents of $4.74 million.

The below table outlines the cash flow highlights of the company for the half yearly period:

Since 2017, the company has been conducting optimisation of the Kvanefjeld Project with Shenghe having experience and expertise in rare earth processing, with the aim to analyse the metallurgical performance, civil design and engineering. The studies were based on the 2016 Kvanefjeld Feasibility Study, and the outcomes were finalised during Q219. 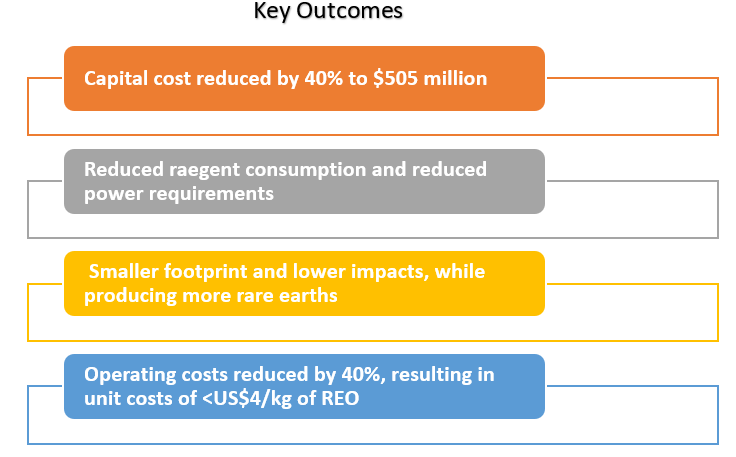 It should be noted here that the reduction in the capital cost estimate was the resultant of all elements of the Project, right from the flowsheet up till the civil construction. These improvements in the flowsheet were inclusive of a major enhancement to flotation performance and the development of a simpler, more efficient leaching (refinery) circuit, the scale of which resulted in substantial cost reductions.

Let us look at the improvement in rare earth recoveries- the increase in projected output of commercially important rare earths and the average annual by-product output:

The revised civil costs (including indirect costs and contingency) were estimated to be $175 million, depicting an overall capital cost reduction (achieved through substantial reductions in civil earth works for site preparation, updated port design and use of raw materials) of $138 million or 44% of the previous 2016 Feasibility study.

The company notified that the updated capital cost estimate of $505 million was significantly transformational for the Project and had the lowest capital intensity of the emerging ASX-listed rare earth projects.

The improved metallurgical performance and increased recoveries had placed the Project in a sound position with the lowest projected unit costs of rare earth production.

To proceed with its mining activities, in June 2019, GGG had lodged an application pertaining to the mining license for the Project with the Government of Greenland (GoG). The company received confirmation from Greenlandâs Mineral License and Safety Authority (MLSA); and as per requirements set down by the GoG it submitted the following three documents (prepared and lodged in Danish, Greenlandic, and English) with the application:

Before these documents, the MLSA was provided with the JORC-code compliant ore reserves statement and report, Projectâs Feasibility Study and financial model. Over 8 to 12 weeks, GGGâs shareholders have the option to provide any feedback, which bears potential to be incorporated in the EIA and SIA, either directly or in public forums.

The company expects some senior member to be visiting Greenland soon to analyse the further steps in the licensing procedure.

Moving on, the company had entered into a MoU (Participation Agreement) with Kommune Kujalleq and Kujalleq Business Council in March 2019 to conclude a Participation Agreement supporting an Impact Benefit Agreement (IBA). This would cover community capacity development in terms of needs identification and skills development for the local workforce and businesses, and was duly agreed upon by the three parties, depicting the community support with GGG.

Besides, several meetings were conducted with the Kommune, Kujalleq Business Council and in the towns of Qaqortoq and Narsaq. In late May,

Placement of Shares subsequent to half year period

GGG recently secured the placement of 58,333,334 shares at $0.12 per share, raising $7 million before costs associated with the placement. The oversubscribed placement demonstrated strong support by the Australian and Asian institutional investors with Ashanti Capital acting as the Lead Manager.

With the placement, GGG is expected to have healthy cash reserves; and the raised funds are intended to be utilised towards further advancement of the technical development of the Kvanefjeld project. Moreover, the placement capital would facilitate the progress to be made for the mining licence application through the public consultation and IBA, besides aiding Project commercialisation and development of downstream processing.

The strong outlook for the rare earth sector provides immense opportunity to Greenland for the development of new internationally focused, integrated rare earth supply networks, backed by its Kvanefjeld project to potentially grow as a multi element rare earth and uranium project.