The Australian metals and mineral explorer, Greenland Minerals Limited (ASX: GGG) has been focusing on developing, what is positioned to be a future cornerstone to global rare earth supply, the Kvanefjeld Rare Earth Project in south-west Greenland. The Project is believed to be low-cost, large-scale, long term supplier of rare earth products; all set to unfold the revolution in the effective use of energy.

Rare Earths are the clean energy future, vital in an era associated with urbanization, connectivity, climate change, innovation and automation. They are among the top drivers behind the growing clean energy technologies that cause reduction of greenhouse gas emissions and shun the dependence on fossil fuels.

Kvanefjeld is a specialty metal project of global significance, capable of becoming the most significant western world producer of rare earths.

To read about the developments at this Project centred on the globally unique Ilimaussaq Alkaline Complex in southern Greenland, we encourage you to READ HERE.

Let us acquaint you with the skilled team that is the driving force behind GGGâs progress . 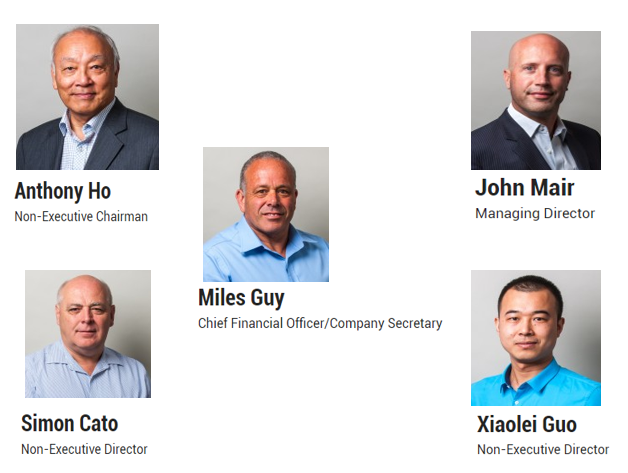 An experienced company director, Mr Anthony (Tony) Ho has held positions as Director Chairman, and CFO of several listed companies. Currently, he is the Chairman of ASX listed Bioxyne Ltd.

An economic geologist with vast global experience in the managerial, technical as well as corporate disciplines, Dr John Mair owns a PhD in the economic geology field. He has been part of GGG since 2008 and held the MD position since 2014. A significant member of the Company, Mr John internationally presents GGG in technical, commercial as well as political platforms.

Mr Xiaolei Guo passed the Bar Examination in China. He had joined Shenghe in 2014, as the Manager of the Investments and Development department and General Manager Assistant.

Appointed at GGG as Chief Financial Officer in 2009 and Company Secretary in 2010, Mr Miles Guy is a qualified accountant with over two decades of experience in senior commercial as well as public practice roles. He has experience in finance, capital markets and corporate advisory across mining, construction and financial services industries. Mr Miles has held several Company Secretary positions for listed and unlisted companies.

With a robust team channelising their expertise to progress Greenland Minerals, the Company is well-positioned to develop the Kvanefjeld Rare Earth Project. The September 2019 Quarter depicted increased global interest towards GGG, with international recognition of the strategic location, extensive grants of mineral resources, along with the Companyâs will to work with international investors to diversify the economy and develop the natural resource sector.

Moreover, the Project is at the crest of this wave of foreign interest catalysed by the vast resources of rare earth elements and solid economic project parameters.