Explorer and developer of high-quality mineral projects in Greenland and best known for its flagship project - Kvanefjeld Rare Earth Project, Greenland Minerals Limited (ASX: GGG) has been the hot topic of discussion amid metals and mining enthusiasts and investors. In today’s article, we would explore its June 2019 Quarter performance while shedding light on the company’s stock performance on the Australian Securities Exchange. 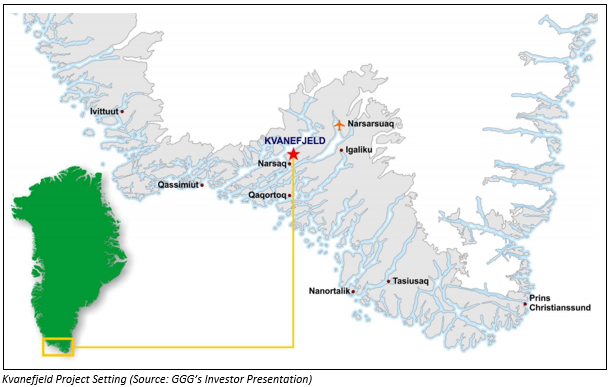 Operational since 2007 and based in Australia, Greenland Minerals Limited (ASX: GGG) aims to brand Kvanefjeld as a large-scale, low-cost, long term supplier of products to enable the efficient use of energy. The company has been consistently working with leading rare earth player and its strategic partner, Shenghe Resources Holding Co Ltd, to develop Kvanefjeld as a cornerstone of future rare earth supply.

Let us look at some of the key attributes of Kvanefjeld: 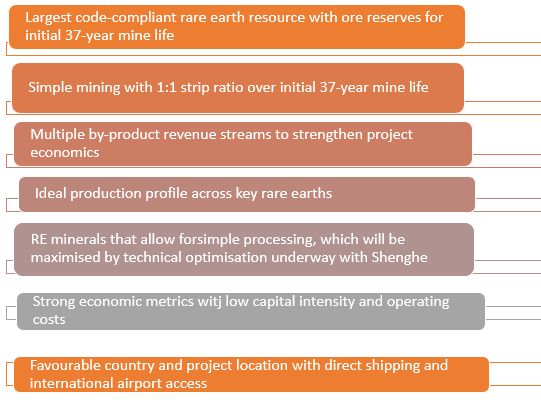 On 31 July 2019, Greenland Minerals released its decent June 2019 Quarterly Results, depicting that it had carried the baton of its productive start to 2019 through the June quarter. Most importantly, the company completed the project optimisation that had been underway through 2017?18, wherein the combined outcomes of metallurgical and engineering studies witnessed significant reductions to both the capital and operating costs, by 40% to $505 million and unit costs of less than $4/kg of REO, respectively.

The company also realised that the project has a smaller footprint and lower impacts, with enhanced productivity and reduced reagent consumption and power requirements. This proved that the Kvanefjeld Project bears global significance with large projected output of Neodymium oxide (Nd), Praseodymium oxide (Pr), Dysprosium oxide (Dy), Terbium oxide (Tb) over initial 37?year mine life and holds strong potential be a long?life, low?cost producer of critical rare earths, on completion.

The below table highlights the enhancements in improved rare earth recoveries along with the increase in projected output of commercially important rare earths:

Civil engineering design and construction costs were also a prime focus of the optimisation studies, with specialist teams from Tetra Tech, PND Engineers, Nuna Logistics and China Communications Construction Co aiding in substantial cost reduction via an updated civil design. The revised civil costs were recorded at approximately $175 million with the overall capital cost reduction of 44% or $138 million of the previous 2016 Feasibility Study, driven by substantial reductions in civil earth works for site preparation, enhanced use of local materials and the updated port design.

Grant of Permissions and Strategy Meetings

In June, Greenland Minerals had lodged a mining licence application for the Project with the Government of Greenland and submitted the support documents to Greenland’s Mineral License and Safety Authority (MLSA), prepared by independent expert consultants in English, Danish and Greenlandic. These documents included Social Impact Assessment (SIA), Environmental Impact Assessment (EIA), and Navigational Safety Investigation study (MSS) for the project.

The company had previously submitted PFS and financial model along with the Ore Reserves report (JORC?code compliant). The next step of the permitting process was an 8 to 12 weeks period of public consultation in respect of the Application, with the stakeholders having the option of providing feedbacks to be incorporated in the SIA and EIA. The company also updated on the plans of senior representatives travelling to Greenland in the coming weeks to evaluate the outlook and next steps in the licensing process.

Besides, a series of meetings were conducted in Kommune Kujalleq, which includes Narsaq and the Project. As per the company, key findings of the SIA and EIA were laid down to the Mayor of southern Greenland and members of the Kommune community, amid other meetings within the local communities, as per the MoU with the Kommune and the Kujalleq Business Council regarding the participation agreement for community capacity development for Kommune workers and businesses.

Greenland also expects to commence the negotiation of the Project’s Impact Benefit Agreement (IBA), to be built on March’s MoU, after the completion of public consultation.

The company also conducted productive meetings with the representatives of Shenghe Resources Holding Co. Ltd, to review the outcomes of the feasibility optimisation work, and update on the project status in Greenland.

GGG had participated in collaborative research program with USGS and these were underway in the Project area along with in south Greenland rare earth province. A meeting was held with US Ambassador to Denmark in May, who had visited the project area post the USGS field work.

The below table highlights GGG’s Cash Flow Statement for the quarter ending 30 June 2019:

Along with the quarterly results depicting a healthy positioning of GGG in the market, came an announcement, which was perhaps the most exciting for investors and shareholders.

The company updated the market that it had successfully secured a strongly supported and heavily oversubscribed share placement to Australian and Asian institutional investors to raise A$7 million, after GGG received firm commitments for 58,333,333 shares. Ashanti Capital acted as the Lead Manager of the placement which was undertaken at an issue price of A$0.12c per share, depicting a 20% discount to the 20-day volume-weighted average price of the stock (up to 26 July 2019).

The share placement is expected to position the company with healthy cash reserves, and the proceeds of the same would be utilised to further advance the technical development of the Kvanefjeld project. The funds would aid in the progress to be made pertaining to the mining licence application via public consultation and IBA. Project commercialisation and development of downstream processing, following the path to market strategy, would also be supported via the proceeds of the share placement.

The outlook for the rare earth sector continues to strengthen, which creates an optimal window for the establishment of new internationally focused, integrated rare earth supply networks. As per the company, Kvanefjeld is ideally placed to play a key role in future rare earth supply.

As the market awaits more positive results from the lucrative Kvanefjeld Rare Earth Project, we are committed towards providing the foremost insight to business enthusiasts and shareholders about Greenland Minerals. Watch out for more in this space in the days to come; and for a holistic understanding of the company, its flagship project and rare earth metals, we encourage you to READ HERE.