Great Boulder Resources Limited (ASX: GBR) announced the results of recent aircore drilling conducted by the company at the Winchester Joint Venture Project. The newly drilled aircore holes intersected strong nickel-copper-PGE anomalism, which is extensional for the known geochemical anomaly to over 2.5km from the prospect to the southern boundary of the tenement- E38/2129. 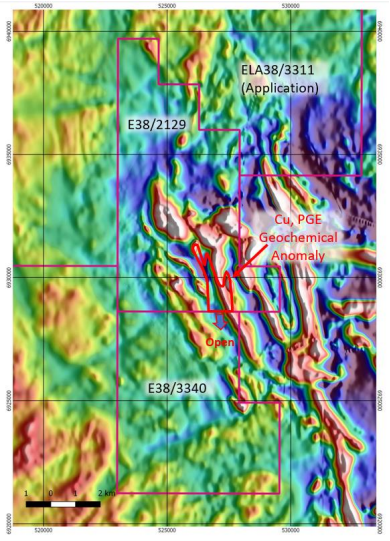 The company drilled a total of 118 aircore holes, which accounted for 3,776 metres, and the drilling took place on a wide-spaced grid to confirm and improve interpreted stratigraphy. The downhole assay results identified a substantial zone of coincident nickel, copper and platinum-group elements (PGE) anomalism over the strike length of almost 3km.

The presence of maximum nickel value defines more than 1500 parts per million anomalies coincident with greater than 100 parts per million of copper, and more than 10 parts per billion of platinum-group elements anomalism. Apart from that, the downhole assay, the bottom of hole anomalism displays independent zones of copper and platinum-group elements, which are offset from the central nickel anomaly. 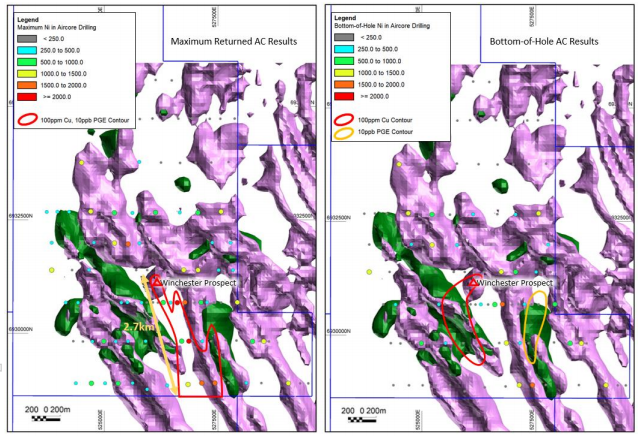 As per the company, the geochemical anomaly extends from the prospect in the north to the southern tenement (E38/2129) boundary, and GBR took a drilling activity previously which identified significant nickel-copper-cobalt and platinum-group elements mineralisation.

However, the mineralisation associated with geochemical anomalism at the Winchester prospect is discrete and contains only minor enrichment of greater than 100 parts per billion of copper and more than 300 parts per million of nickel at the base of weathering.

GBR identified a range of lithologies (from granites to ultramafic cumulates) in the drilling and discovered a granite body in the north, which is estimated to be forming a sheet, which covers the north-plunging mafic-ultramafic stratigraphy.

Anomalism, which is centered around a north-west trending geological contact between gabbro and ultramafic units, demonstrate the geochemistry which indicates that the elevated nickel values are related to the presence of nickel-bearing sulphides.

The survey covered a total of 575 stations with station intervals of 200m and was conducted along east-west traverses.

Further, GBR mentioned that a gravity anomaly in the south-east dominates the overall response of the survey and the company computed and removed a regional gravity trend to highlight the lower level response.

GBR recently entered into a Joint Venture with Ausgold Limited (ASX: AUC) and mentioned that the company reached the first Farm-in milestone, which makes the company eligible for a 51% interest in the Winchester Project. GBR further holds an option to earn 24% by spending an additional $250,000 over the tenure of four years.

Also, the company has received the Exploration Licence (EL38/3340) for an initial term of five-year.