About Drone Technology: A drone is generally an unmanned aircraft that is made up of light materials to reduce its heaviness as well as to increase the mobility. A drone can be called as a flying bot, which can be controlled using a remote or through the software embedded in the system. It works in association with the sensors as well as GPS.

The advent of Drone came into the picture when Austria attacked Venice on 22nd August 1849, using unmanned balloons loaded with explosives.

In this piece of article, let’s look at one of the ASX-listed drone technology company, which has recently launched its new drone product DroneGun MKIIITM. We will try to understand this product and the company’s outlook.

About the company: An industrial sector company, DroneShield Ltd (ASX: DRO) is a global leader in drone security technology. The company through its leading drone security solutions safeguard people, organisations as well as key infrastructure from the disturbance of drones.

DroneShield has a wide range of products, including: 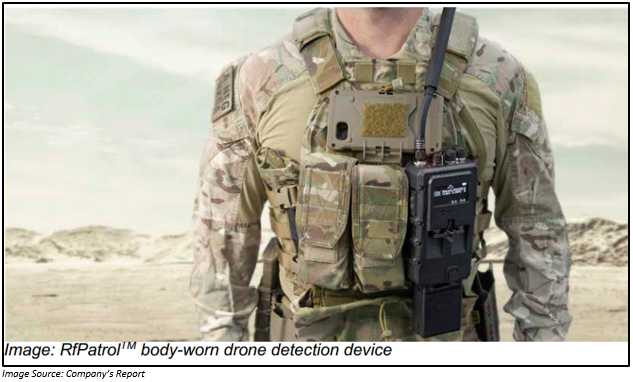 Recent update: On 15th July 2019, DroneShield Ltd announced the release of its breakthrough new product, DroneGun MKIIITM after the extensive development based on the feedback received from the end users. From 15th July 2019, this product is made available to the qualified end users, where lawful.

Additionally, DroneGun MKIIITM has not been authorized as required by the federal communications commission and cannot be sold or leased in the US other than the US government and its agencies until any permission is obtained. Using this product by other person or entities as well as state or local government agencies is banned by federal law.

About DroneGun MKIIITM: DroneGun MKIIITM is a portable pistol-shape drone jammer of 2kg, which is designed to be a substitute for its highly successful DroneGun TacticalTM unit with a shorter effective range of 500m against 1-2km for DroneGun TacticalTM. This product can also be used along with other products of the company, which includes RfPatrolTM body-worn detection device as well as its multi-sensor detection system known as DroneSentinelTM stationary.

DroneGun MKIIITM is a compact, lightweight drone countermeasure, which is built for the purpose of the single handed operation and is highly effective as compared to an extensive range of commercially available drone models.

Outlook: In the September 2019 quarter, the company expects a net cash outflow of $1,550,000, which will be in the form of research and development, product manufacturing and operating costs, advertising and marketing, leased assets, staff costs, administration and corporate costs as well as other expenses.

The company continues to see near-term sales pipeline and earlier has received an order worth $3.2 million of its products for a Middle Eastern Ministry of Defence client.