Crater Gold Mining Limited (ASX: CGN) is an ASX listed metals and mining company situated in Perth, Australia. Primarily, the company is engaged in the exploration and mining of gold, and it has gold and base metals projects in Papua New Guinea [PNG] and Australian region. Also, PNG is one of the richest gold and copper provinces worldwide.

On 20th May 2019, the company announced that it had been granted EPM 26749 (Wallabadah Extended) for a tenure of 5 years effective from 11th April 2019. CGN had applied for 36 sub-block tenement which would cover an approximate area of 115.2 km2 to cover possible extensions of the high priority SGH soil anomalies. 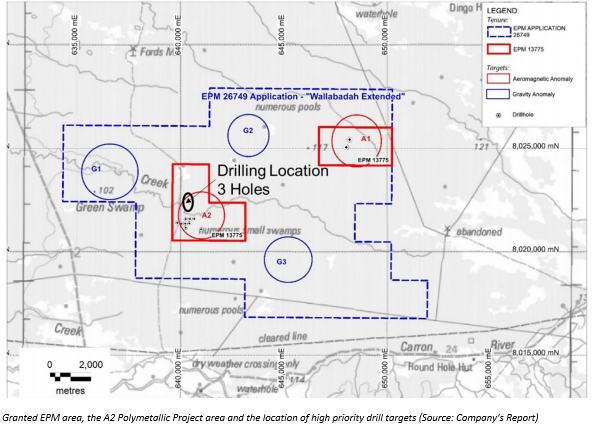 These tenements hold residual gravity anomalies G1, G2 and G3 (detected earlier) which have not been fully evaluated. The sampling has also detected several geochemical anomalies which would be tested through drilling, as stated in the previous announcements of the company.

During the quarter, the company announced the production of approximately 66 ozs of gold from High-Grade Zone (HGZ) gold mine, which was from a composite of low and high-grade gold material. Skid steer loaders were also ordered, which would dramatically improve the underground bogging operations.

On 15th February 2019, the company announced results of scree sampling undertaken above the HGZ mine. The level above this contains scree composed of weathered bedrock, boulders, rubble and waste rock material. Check panning of the scree material revealed the presence of visible, fine to very fine, gold grains with occasional small gold nuggets.

On 21st March 2019, the company announced that it had completed its rights issue 35 million shortfall shares. As of now, the latest numbers, the placement has raised is a total of $14.22 million with 61.68% application.

The company reported net operating cash outflow of A$1.16 million, highest expense being incurred toward payments for production which stood at A$658,000. The total cash outflow from the investing activities was reported at A$38,000, and the company generated total cash of A$1.59 million from financing activities. Highest contribution was made by proceeds from issues of shares which stood at A$977,000. At the end of the reporting period, the company reported net cash of A$509,000.

The company also estimated the cash flow for the next quarter, which was reported at A$1.31 million with the highest expected cost of A$750,000 to be incurred towards production.