Has the strength in ETF inflows outweighed the decline in demand elsewhere? The collective gold holding for the ETF stood at around 2,900 tonnes of gold at the end of the year, which is an all-time high for the gold-backed ETF.

SPDR Gold Shares (GLD), the Wold's largest gold-backed ETF along with IShares Gold Trust attracted almost half of the total ETF inflows in 2019. Market dynamics of Gold and the Investment Scenario in 2020 – Must Read 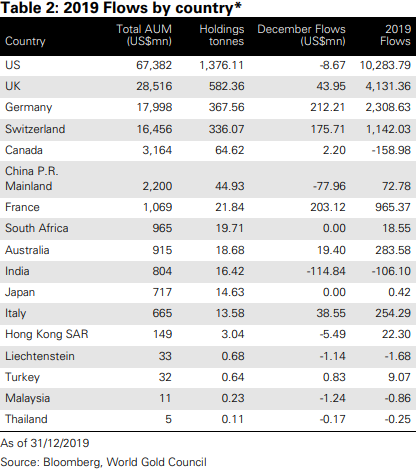 The US Federal reserve cut down its interest rates by 25 basis points for the third time last year, boosted the confidence of the investors to look out for opportunities with low risk and higher return. Also, the volatility in commodity prices such as iron ore provides gold superiority as a safer investment to go with.

The market experienced the highest quarterly inflows into ETF in the past 4 years and Central banks buying compensated for the decline in demand from Bars, coins and Jewellery to propel the gold market. The growing uncertainties on Brexit, low-interest rates and IMF's prediction of lower global economic growth have made the investors switch to Gold from their current investments.

The escalating geopolitical tensions and the Federal Reserve rate cuts led the North American funds to end the year with an inflow of US$10.1 Billion which is also equivalent to 206 tonnes of gold. The total US-based gold ETF holding stood at 1376.11 tonnes of the gold carrying value of US $67.382 Billion. In fact, the several low-cost segments gold ETF in the US have observed net positive inflows in eighteen of the past nineteen months and also increased their holdings by approximately 60%.

The investments from Germany have grown by 13% in 2019 due to the sub-zero yielding sovereign bonds. Similar has been the growth from the UK (15%) relating to reservations to the continuous postponement of Brexit.

The investment from Germany and UK led the European inflows to 187.9 tonnes, second only to North America led by the US where the investor’s invested into ETF backed by 206.2 tonnes of gold.

Asian markets follow the European market in holdings very distantly and completed the year almost flat, losing 0.1 tonnes (the US $12 Million) of holdings. This was mostly due to the net positive outflows by the Chinese and the Indians trying to sell out their holdings at higher prices.

Closer home, the Australian listed funds led the other regions and experienced high growth during the year. ETFS Metal Securities alone added 4.2 tonnes of gold worth US $214 Million.

Growth in ETF but the decline in Physical Gold demand 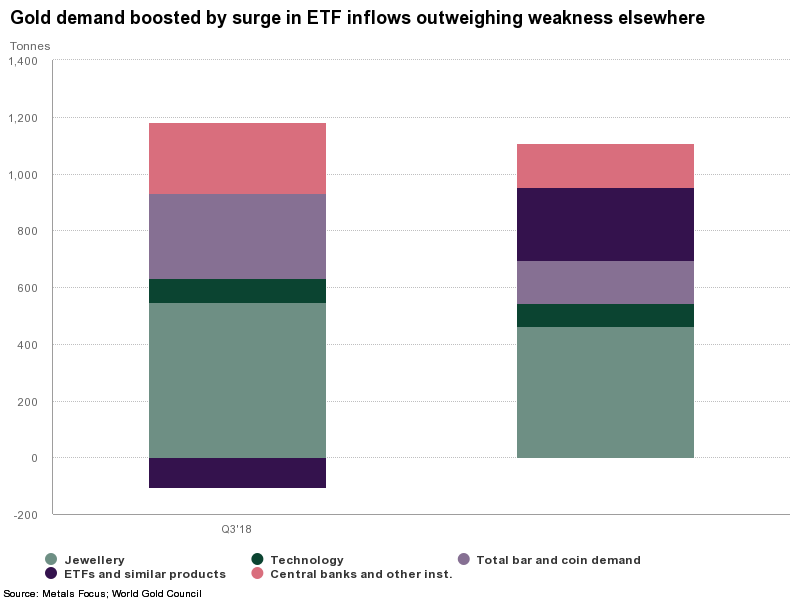 The forever gold loving nations of China and India which accounts to roughly 50% of the Gold Jewellery demand, experienced a downfall of 16% in September quarter,2019 as compared to the same period a year ago. Demand from India was lower due to weak consumer sentiments due to weak economic indications, heavy monsoon, and high gold prices. The retail demand was also hit by the increase in customs duty to 12.5% (a 2.5% increase). The marriage season did provide some relief to the jewellers but again the higher prices controlled the demand. Similar was the story of China. The higher prices could not stop the consumers from buying but did affect the volumes. 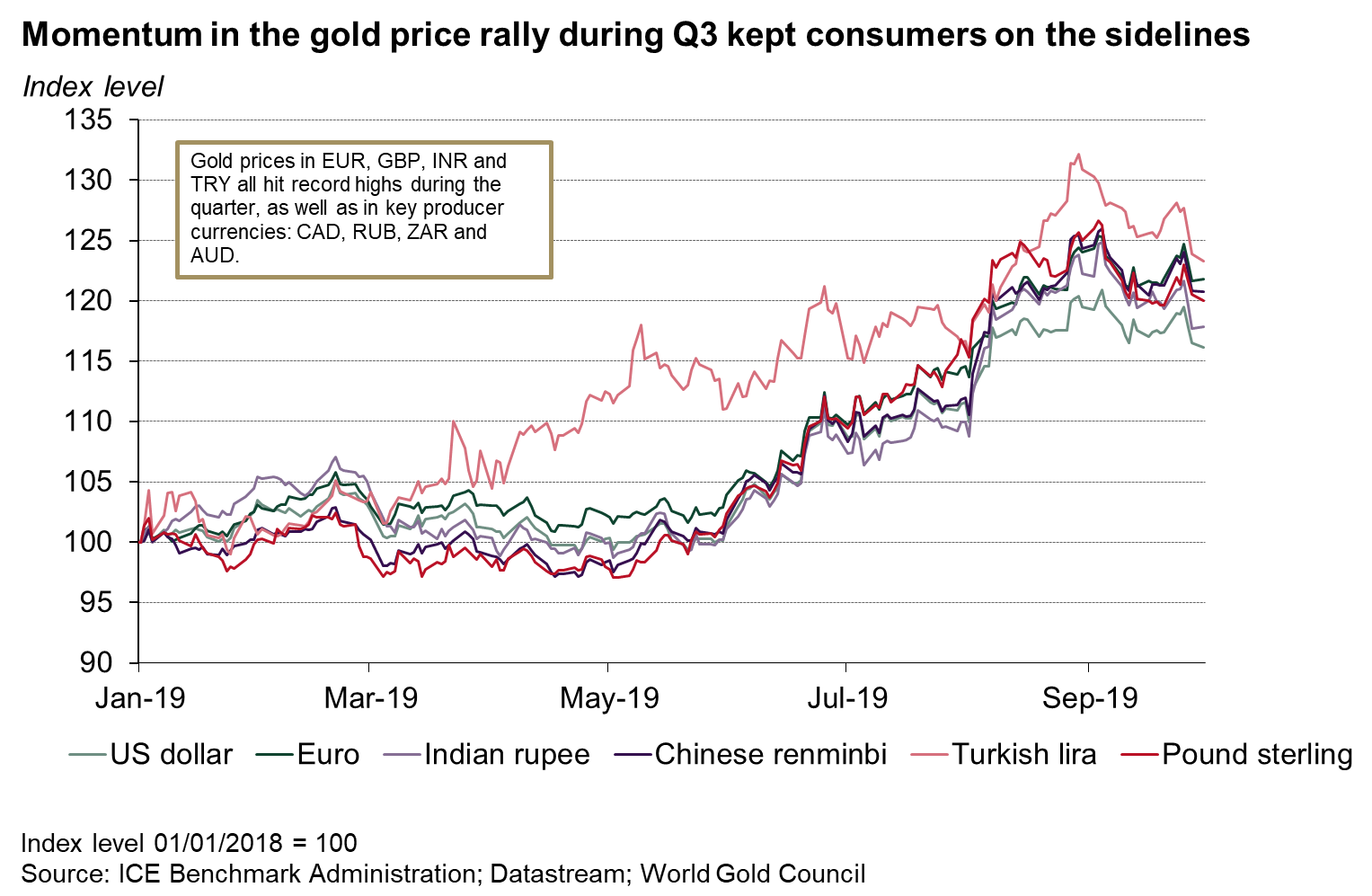 ETF as an alternative

Physical gold is bought for mainly the purpose of consumption and less for investments while a Gold-backed ETF is purely for investment purposes. ETFs provide liquidity and also the freedom from storing the gold. On behalf of the services provided by ETF, they charge a management fee which varies with the ETF you invest in but typically varies from 0.6-1.2%.

On behalf of every unit of ETF shares bought, an equal amount would be invested in standard gold bullion of 99.5 per cent purity. These funds operate on a stock exchange like other public companies and can be traded without worrying about the delivery or storage of the gold.

The slowing global economic growth, US-China trade conflicts, Federal rate cuts and a few other issues which change the momentum of the stock and commodity markets, causing fluctuations and uncertainty, Gold emerges as the saviour of the investors.

Investors are investing in ETF as most of the investors who are following Central bank in buying gold are institutional investors who hold large portfolios and even a small negative growth could be worth Billions. The huge growth in ETF prices has further attracted investors.

The US federal interest rates cuts are expected only once in this year and that too, not before Q2 as opposed to thrice in 2019. So, the gold price performance would be affected by the monetary policy in future. The recent signalling of postponement of any resolution to the US-China trade until US president's election would continue to affect the more-riskier assets and further fuel up gold prices Gold prices are on a rally and expected to continue for most of 2020. Gold backed ETFs could continue to shine the Gold Market.