CardieX Limited (ASX: CDX) is an Australia registered company involved in the marketing and development of the SphygmoCor® device, which is used for the assessment and management of cardiovascular patients. It is a global health technology company, which develops digital and service-based solutions for large-scale population health disorders. Its XCEL device is a world-leader in measuring central blood pressure, which is considered must for the management of hypertension and related cardiovascular disorders.

In 2018, the company signed an agreement with inHealth Medical Services, Inc, a telehealth services provider enabling CDX to acquire up to 50.5% of inHealth through a convertible note. The company also entered into 50-50 joint venture partnership with Blumio Inc for the development of a radar-based blood pressure sensor incorporating CardieX technology.

Yesterday, on 5th June 2019, the company by release updated the market that it has achieved the successful measurement of central blood pressure by using CardieX Algorithm and Blumio Sensor. This release also includes Deborah Study and update on Macquarie Trial and Joint Development Agreement. 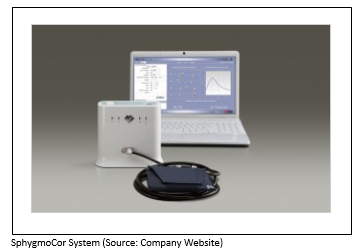 Additionally, in 2018, Blumio commenced the blood pressure data extraction from patients at Deborah Heart & Lung Center. The primary aim of the study is to compare traditional blood pressure data output with Blumio’s sensor algorithms. Since the commencement of the study, the research team at Deborah continues to successfully collect reference BP data from subjects. The patients give their consent during the pre-surgical health check-up, and the research team collects the data after the surgery. The trial and the data aggregation are on track. However, Blumio will curtail, extend or finish the study at an appropriate stage when its team believe that it has concluded enough data extraction to obtain the adequate refinement of the required algorithms, which is the ultimate goal of the study.

CDX communicated that at present, there are no FDA-cleared cuff-less and non-invasive BP-sensing devices available in the market. However, there are some non-FDA-cleared consumer devices that provide BP estimates, which are derived from the heart rate as well as select devices that incorporate traditional oscillatory BP monitoring like recently announced Omron BP watch with an inflatable cuff. The company is of strong belief regardless of which of its competitors can solve the single wearable BP solution, they will not be able to extend the opportunity into cBP and other related clinical parameters along with the same degree of accuracy and clinical support, which is derived from its SphygmoCor® technology.

As the company’s shareholders are already aware, CDX is in 50/50 Joint Development Agreement with Blumio related to joint development activities surrounding a combined BP and cBP wearable device. In addition, this agreement is separate from its equity ownership in Blumio through convertible notes. The company’s present focus under the agreement is to use the Blumio sensor for non-invasive measurements in three use cases, which includes:

The company is focused on collecting and analysing Blumio’s output while Blumio is improving its sensor and radar frequency algorithm to offer a stable and simplified output to the CardieX algorithms set. The company aim is to further isolate this data and track its changes as BP/cBP varies.

On 29th May 2019, the company published a release related to the appointment of a new Vice President of Global Marketing. In the release, CDX further stated the appointment of Senior Healthcare Executive, Rhonda Welch as the Vice President of Global Marketing to boost the company’s global marketing strategy and to drive the CDX expansion into high-growth global health markets. Ms Welch is a highly experienced seasoned player and spent more than 20 years in the US healthcare industry. Prior to this, she held management positions at Johnson & Johnson and Baxter Healthcare.

She was previously part of the company’s Advisory Board and managed CardieX’s product development strategy and brand transition. In addition, she also coordinated the company’s clinical trial program.

In another update dated 28th May 2019, CDX reported a rapid growth, which has been generated by the company’s inHealth Medical Services, Inc since it has joined the group in April 2019. The inHealth practitioner sessions had increased 5x in April 2019 from December 2018, and its Anthem practitioner sessions had increased from 0 to more than 1,300 in the last five months to April 2019. The revenue for April month was more than US$60,000. The Anthem partnership continued to deliver rapid growth and internal forecasts raised by Anthem, which has been based on its internal projections. 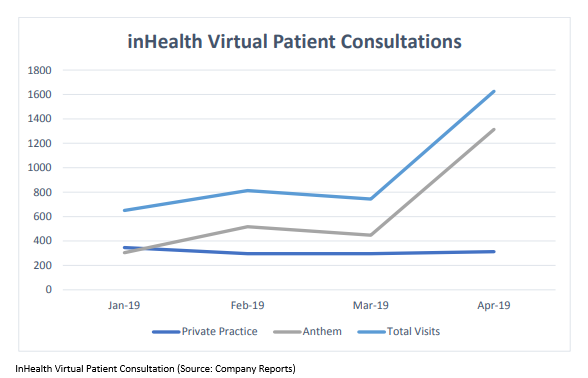