Byron Energy Limited (ASX: BYE) is an independent oil and natural gas exploration and production company. It is headquartered in Australia and operates in Louisiana in the Gulf of Mexico. At present, BYE has working interests in leases in the federal and state waters. The company has fulfilled high-quality oil and gas projects, right from the process of exploration till production, in the shallow waters of The Gulf of Mexico.

BYE operates the South Marsh Island 74 block (SM74). On 16th May 2019, Metgasco Ltd announced that the company has begun drilling operations on the SM74 D-14 well. With the help of White Fleet Drilling 350 jack-up rig, the well is undergoing the drilling operation, up to 825’ Measured Depth, been already drilled. It is being drilled from the SM73 D platform. 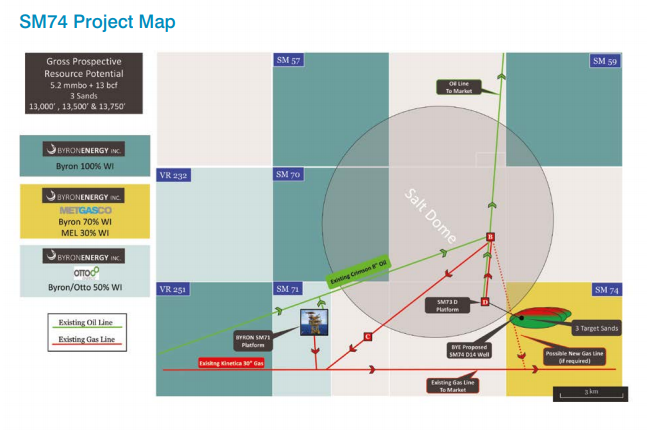 This is the first test well on the SM74. The present operations are being prepared to run and cement a 20” conductor pipe. The company had signed a deal with Ankor Energy LLC, which operates SM73 to drill from and, if successful, produce through, the SM73 D platform. The agreement had a vital impact on the reduction of economic reserves by eliminating the need to build a new platform. It also offers material capital savings along with a reduction in the cycle time to first production (in case of discovery of hydrocarbons).

The prospect’s total drill depth would be 16,464 feet Measured Depth. The Vertical Depth would be 14,741 feet. The drill is expected to be completed in 45 days. The SM74 D14 well would test various seismic amplitude supported target sands. The mapped gross prospective resource capacity is 5.2 million barrels of oil, along with gas of 13.2 billion cubic feet, 1.56 mmbo and 3.96 bcf net to Metgasco. The equivalent target section produces in fields to both the east and west of the SM73 Field. However, it has been not been tested vigorously within the SM73 field.

In July 2018, Metgasco farmed-in for a 30% working interest in the SM74 through funding 40% of the almost $11 million dry hole cost of the Initial Test Well to the casing point. BYE would pay the remainder of 60%. After the SM74 D-14 is completely drilled, both BYE and Metgasco would bear the working interest costs, respectively.

Metgasco has fully funded its share of the Raptor AFE from its existing cash reserves. It is funded enough via its farm-out and work program in the Cooper Basin. It continues new business development activities. A good part of Metgasco’s liquid corporate bond assets, was recently disposed of for cash to increase at-call cash assets.

Both the companies would issue progress reports on the SM74 D-14 well as the developments occur.

Besides this, BYE stated that after a planned shut in by the pipeline owner, Crimson Gulf, for maintenance, the SM71 Field is back to production. The shut down lasted 7 days, given the adverse weather conditions and operational delays. BYE had 50% of the total working interest besides a 40.625% of the revenue (net) interest in SM71. The remainder of interest is owned by Otto Energy Limited group. 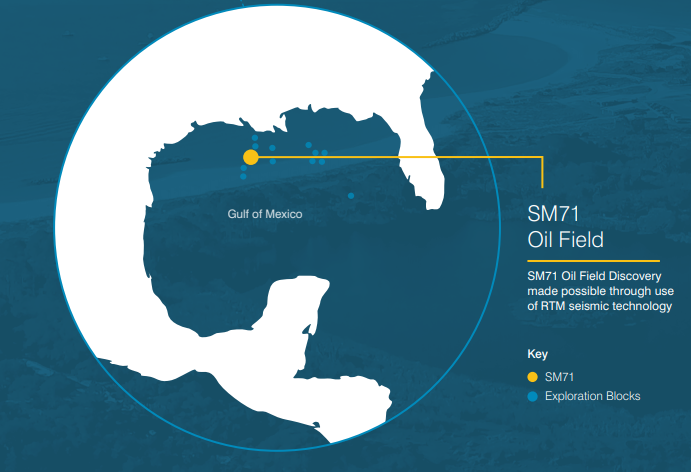