Buddy Technologies Limited (ASX: BUD) is an ASX listed information technology company based in Australia. The company provides easy and affordable solutions for the customers to make their spaces smarter and their occupants more efficient and informed.

The companyâs LIFX; smart lighting solution has already established a leading market position, and the products are sold in over 100 countries worldwide. The sales are being made directly and via distribution and sales partnerships with retailers like Amazon, Google, Apple etc.

The company has two main products in its portfolio; 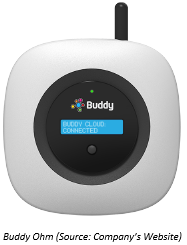 It can benefit all the building types like commercial, retro/older and corporate and school campus.

It can help business, governments and cities to collect and consolidate data, creating an open data platform. 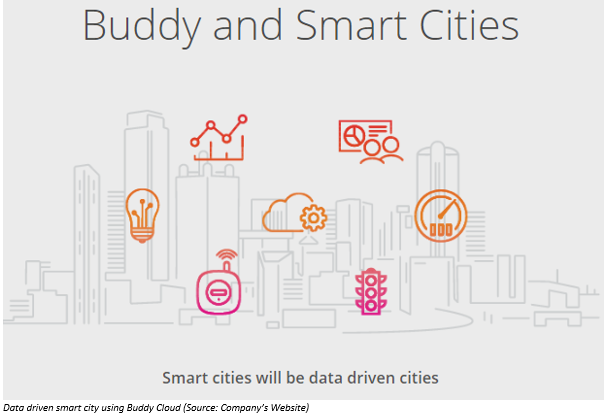 On 5th June 2019, the company released its update on the US tariffs on the Chinese goods. It released details about its posture with respect to the government of the United States regarding elevated tariffs on a cross-section of Chinese-manufactured products imported into the US and specifically the Trump tariffs.

The US increased the standard import tariff from China to the US from 2.5% to a massive 12.5% in 2018 and now its 25% as of 10th May 2019. The United States has inched the tariff on $200 billion worth of Chinese goods, and China has retaliated further and raised the tariff on the U.S goods as well.

The team at LIFX were working very hard for the past months to reclassify the products under appropriate non-tariffed import codes. Finally, the company was able to import four shipments of LIFXâs products with the revised classification. The reclassification allowed the company to not to be subjected to either of the high tariffs of 25% or 10%.

These trade wars and negotiations are highly unpredictable and are going around for more than a year. Therefore, the tariffs may change at any time, or other development may unfold for which the company continues to monitor the situation and will make sure to follow the compliance.

Recently the company also expanded its presence across the US Best Buy stores, which is having more than 1000 stores. Best Buy is a multinational consumer retail chain headquartered in Minnesota, USA.

Best Buy had launched a spot for visibility for LIFX lights in the home theatre section across its stores, increasing the linear shelf space held by LIFX from 27.75 inches to 38.25 inches. The new visibility point displays a LIFX A19 light and the LIFX Z experience kit. Best Buy is the largest consumer electronics retail company in the world.

On 23rd April 2019, the company updated the market regarding the financing arrangements for the acquisition of LIFX. It had signed an agreement with the largest independent working capital lender of Australia and New Zealand; Scottish Pacific for a total of A$20 million.

On the weekly chart, the stock has fallen a lot from December 2017 to the current date (5th June 2019). The fall can also be noticed by the falling moving average of 21-week (Purple).

Based on this, on the week ended 1st January 2018, a bearish signal came as the price dropped below its average. Since then the stock had never been able to trade above its moving average and continuously trended down.

Currently, the stock is trading below its moving average, and until it starts to trade above it, the trend is deemed to be negative.