On a basic level, blockchain can be explained as a chain of blocks. Here, blocks comprise of digital pieces of information and precisely contains three parts as following:

Since the last two years, the World Economic Forum has been working for above two years to figure out how innovations would transform the financial services. Efforts were made to understand the breadth of the effect of the innovations on the sector, creating a classification to help do that.

Two zones were identified by the participants, which were believed to make a difference. These are Digital Identity, and the other is blockchain or distributed ledger technology.

Australian banks are taking a practical view and ensuring the costs of using blockchain are justified.

Some of the Cases where the Potential distributed ledger technology is applied in financial services are as follows:

The three ASX companies demonstrating the application of blockchain in banking sector and in chemical space are as follows: 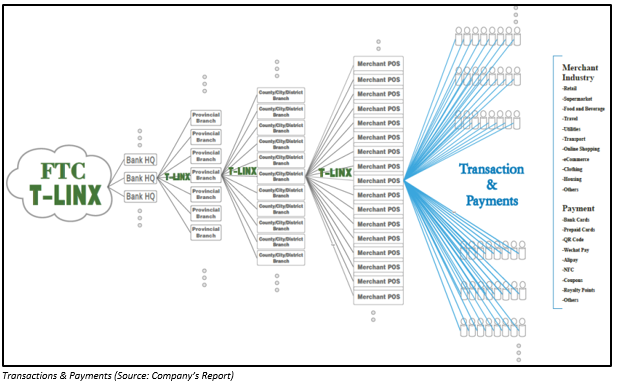 Recently on 31 May 2019, the company released its preliminary final report for the period ended 31 March 2019. During the period, the company reported a strong increase in the revenue by 341% to RMB44.186 million. The company made a net profit after tax attributable to the members worth RMB 3.758 million, up by 116% as compared to its previous corresponding period.

The revenue during the period boosted as a result of the successful implementation of blockchain technology of the company, which generated RMB15.4 million income during the period. The revenue from T-linxTM related products and services in sum was RMB28.8 million. Other than this, the company reported a fall in the other income and noted net gain from RMB2.2 million to RMB0.5 million as a result of a gain on early redemption of convertible bonds, over-provision of other payables along with write-off advance from a client in the previous year.

The company is hopeful that T-LinxTM products, along with blockchain technology, would be able to achieve a rise in the recognition as well as acceptance in the market. In a medium to long term, the company aims to become the biggest Fintech provider of Integrated Payment Acquiring infrastructure for banks as well as Industry Application Solutions in Greater China.

Blockchain consulting comprises of deployment of smart contract, blockchain selection advice and solution architecture. It also includes API integrations along with the technical support for the government as well as the private sectors. 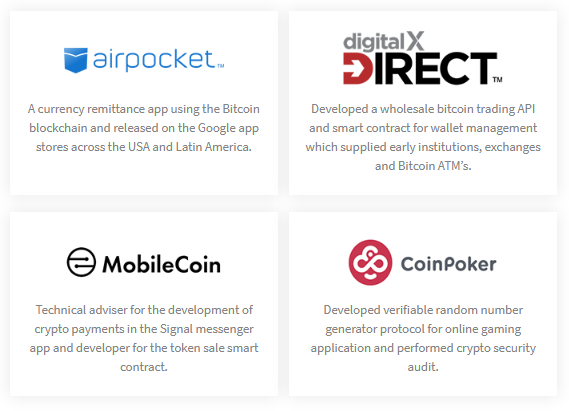 Token Sale Advisory: The company with a team of financial markets along with technology experts, tries to figure out the most suitable token structure from utility to security token offerings and beyond.

The company through its subsidiary, DigitalX Asset Management offers a diverse range of investment products which focuses accelerating in technology disruption that will influence the industry over the next 10 years, where stress is laid on the role of blockchain as well as distributed ledger technology.

On 7 May 2019, the company had highlighted about the finalization of the legal proceedings (as per ASX announcement on 28 September 2018) related to an Originating Application as well as Statement of Claim, which was filed by a group of parties who made an investment in an initial coin offering to which the Company was an advisor. The claim amount was ~ US$1,833,077 along with damages. In defense, the company strongly denied any and all wrongdoing.

On 7 May 2019, DigitalX Limited also signed a settlement deed to offer complete release from the claim of the applicant’s sans any admission of its liability. Moreover, DCC also freed the parties from any and all claims.

In the third quarter of FY2019, the company used US$0.536 million in its operating activities. The company made payment for advertising and marketing, staff cost, administration and corporate costs along with the professional fees. By the end of Q3 FY2019, the company had net cash and cash equivalent worth US$3.435 million.

Leigh Travers, the CEO of DigitalX stated, that the company was well positioned to take advantage of the renewed confidence in crypto assets as a result of the strong focus of the company’s team to maintain energy in recent months in the middle of softer prices for digital currencies.

Security Matters Limited (ASX: SMX) is an Israeli B2B technology company that owns and has started the commercialization of the technology to permanently and irrevocably “mark” any object in any form whether solid, liquid or gas, which allows identification, proof of authenticity, tracking supply chain movements as well as quality assurance.

Technology: The technology of the company consists of a chemical-based hidden "barcode" system, together with a unique “reader” which helps in identifying these codes as well as a blockchain record to store and protect ownership data. The company provides B2B, “white-label” solution for serving the needs of the market leaders. 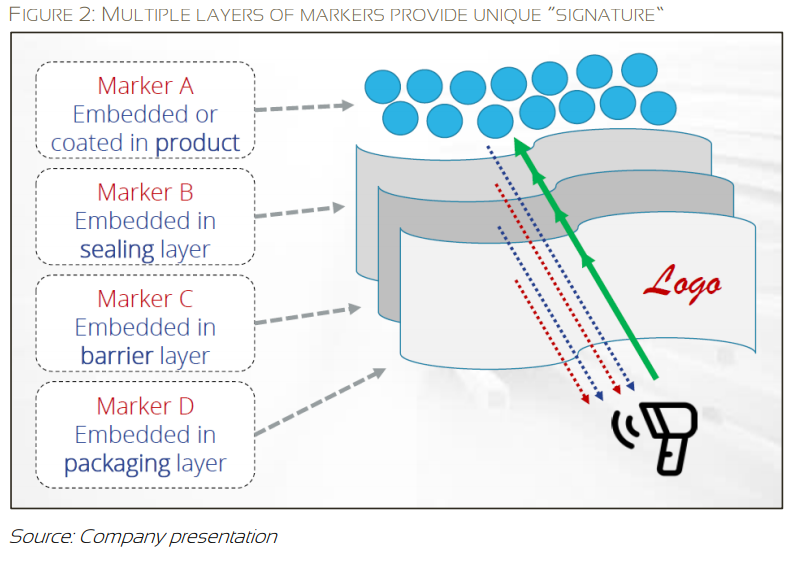 The company on 11 June 2019, announced that it has started with the commercial discussions with Ambar, which is the leading Israeli animal feed supplier, after the conclusion of Phase II testing. The Phase II pilot project started in the first quarter of FY2019.

The Phase II pilot project involved SMX integrating its disruptive technology into the animal feed of Ambar through a drop-in solution during the production process. The result of the test was that the company’s technology could be successfully merged with the supply chain of Ambar, and there was no negative effect on any of the animal feed’s properties.

Further, all the results were validated independently by Ambar, and it also concluded that the markers do not have any impact on its production processes as well as production costs.

Post this, the company along with Ambar have entered into commercial discussion w.r.t future collaboration agreements which are expected to finalize during the third quarter of FY2019.