Azure Minerals Limited (ASX: AZS) is a mining company, based in Australia with headquarters in Perth. The company develops mining projects across Mexico. Currently, the company is working on the advanced stage Oposura zinc-lead-silver project in Mexico. 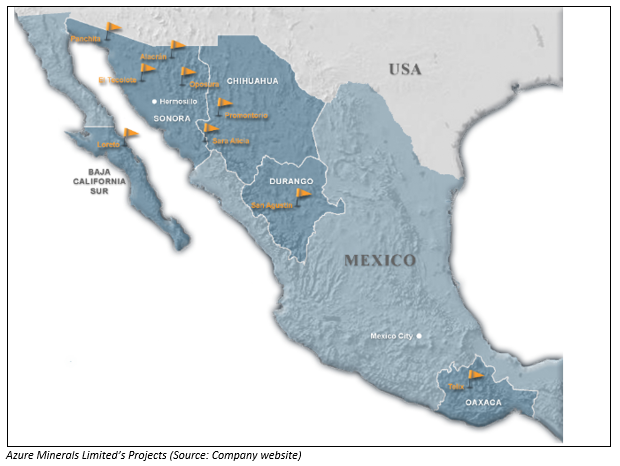 On 16th May 2019, the company announced that it had accepted a right of first offer proposal from Minera Teck S.A. de C.V (Teck) regarding ownership of the Alacrán Project to consolidate ownership of the project. Teck is a 100% owned subsidiary of Teck Resources Limited. Teck Resources Limited is the largest diversified resource company in Canada. The execution of the definitive sale agreement (DSA) is expected to take place within the next two months.

In December 2014, AZS and Teck had signed an agreement which stated that the company would be able to acquire 100% ownership of the Alacrán Project from Teck if it would fund an amount of $5 million of exploration expenditure over a four-year period. Teck, however, would retain a back-in right, to be used within two months of AZS achieving the earn-in milestone.

In October 2016, the company met the expenditure requisites and hence it earned the full ownership of the Alacrán project. Furthermore, the company discovered two precious metal deposits: the high-grade Mesa de Plata silver deposit and the Loma Bonita gold-silver deposit. In December 2019, Teck used its back-in right. By funding $10 million between 2017 to 2020, it earned back a 51% interest in the project. The company believed that this move was to explore for significant copper deposits. Though, expectations were not met in the copper mineralisation at Cerro Alacrán.

In today’s announcement, which is subject to finalisation of a definitive sale agreement, Azure would retain 100% ownership of the project and would issue several common shares to Teck. Teck and its affiliates would, therefore, own 19.9% of Azure’s outstanding shares. The issue would be on a post-issuance basis. There would be a 0.5% NSR royalty on the project granted to Teck. Teck would also have participation rights in the event of sale to a third party within a 5-year period.

Commenting on the consolidation agreement, the company’s Managing Director, Mr. Tony Rovira stated that the company looks forward to the benefits that can be reaped by AZS and Teck through this agreement. In addition to the Mesa de Plata and Loma Bonita silver and gold deposits, the Alacrán Project is a significant one for the company. Teck focussed on areas away from the other two projects, which gives the company a very valuable database and several high priority targets to follow up. The company would assess its economic capability and the project would undergo further exploration, to discover more gold and silver mineralisation. 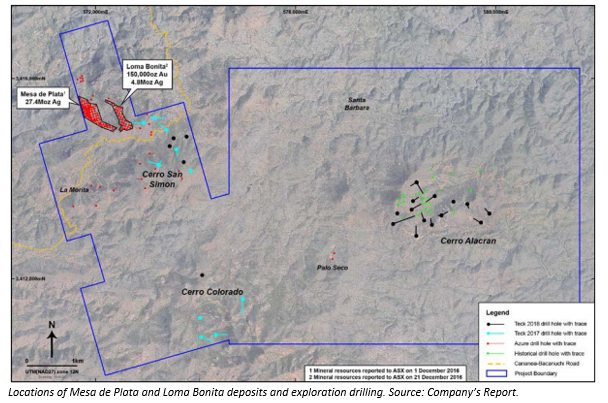