Azumah Resources Limited (ASX: AZM) is a mining and exploration company based in Perth. The company is presently focused on exploration and development of its regional-scale Wa Gold Project in the Upper West Region of Ghana, West Africa.

On 15th May 2019, the company announced that the widely-spaced exploratory drill holes at its Wa Gold Project flagship Kunche deposit have all intersected mineralisation down to at least 500m below surface. They have returned high grade and exceptional intercepts. The intercepts include 0.5m at 168.3g/t Au (over 5oz Au per tonne) from 650.5m (KRCD855) and 0.5m at 89.39g/t Au (nearly 3oz Au per tonne) from 613.5m (KRCD853). 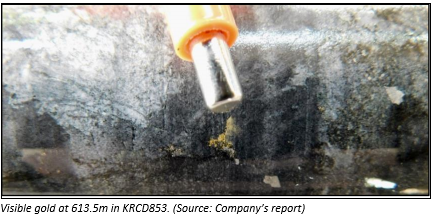 The depth extensions at Kunche were done post the confirmation of substantial mineralisation to 580m below the surface at the Bepkong deposit. A follow-up drill will build on increased structural and geological knowledge for the identification of any high-grade shoot repetitions. The drilling at Kunche Northwest and Aduane intersect depth extensions to near surface mineralisation. Further drilling at Bepkong and Kunche is a result of additional holes. The below-pit mineralisation at the project is not present in the current 2.5Moz Mineral Resource, 1Moz Ore Reserve or the Feasibility Study to establish a 100,000oz+ per year, long term, a multi-pit mining operation.

Discussing the matter, Managing Director, Stephen Stone stated that the results have increased the company’s expectation towards multiple mineralised lodes extending below the planned 1.5 kilometres long Kunche open pit. The same case had been with recently delineated and nearby Bepkong East Lode discovery. He mentioned that the company expects to increase the current 2.5 million ounces after further exploration below and in the vicinity of existing deposits. It will also consider the Birimian terrain, which has West Africa’s world-class gold mines, to meet this expectation.

The discovery of these depths for gold and the geological information that comes with it, provides a medium to understand the next phase of drilling. This phase will infill back up towards the surface and also probe for mineralisation to even greater depths. It will be another example of orogenic, structurally controlled ore deposit, which extend to over two kilometres in depth in West Africa, Canada, Western Australia and in other parts of the world.

The Kunche Northwest prospect underwent a single drill and confirmed mineralisation at depth returning an intercept of 1m at 3.23g/t Au from 174m (KRCD856). Follow-up drilling is in the pipeline. 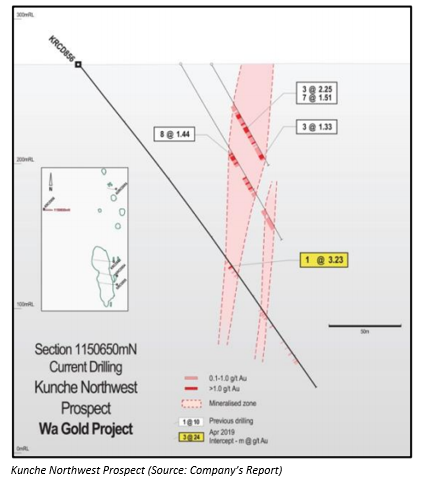 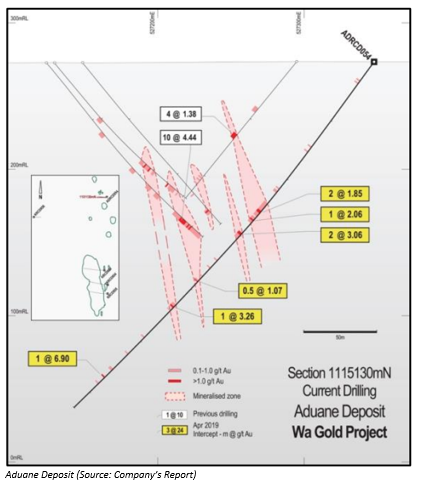