Despite facing extreme operating conditions in FY19, Australian Agricultural Company Limited (ASX: AAC) has made progress in implementing its premium branded beef strategy. Today, the company has released its FY19 results in which it has reported overall revenue of $364.1 million, down by 4.1% on the previous corresponding period (pcp).

Excluding the Gulf flood event, the company’s Underlying Operating Profit increased by $37.2 million in FY19 as compared to the previous corresponding period (pcp). Further, the company witnessed an improvement of $53 million in its net operating cash flow.

Due to the extreme weather related events, 800,000 hectares of the company’s property was affected by floods, while drought conditions on other properties drove up expenses. The impact of the extreme seasonal conditions is estimated at $107 million in the FY19 year, including the $60 million in drought costs along with an estimated $47 million in livestock lost and emergency expenditure incurred in the Gulf flood event.

It is estimated that the company has suffered a loss of around 43,000 head of cattle during this tragic Gulf flood event. The company believes that the loss of these cattle will not impact its ability to fulfil supply obligations.

During the year, the company witnessed growth across key markets in Asia, launched Westholme in Dubai and opened its US commercial office in Los Angeles. As per the company’s announcement, Westholme and Wylarah revenue growth is up 6% on last year, while the company’s heritage wagyu fullblood brands are up 41%. The company is progressing plans to mitigate the potential future impact of extreme seasonal conditions.

Today, the company has also provided further context around some of the strategic partner investments that it has made over the past few years and the capability it has been developing to support its next growth phase.

The company has informed that it has been approached by individuals or entities with ideas for potential investment solutions that it investigated with Tavistock.

These were in the areas of: 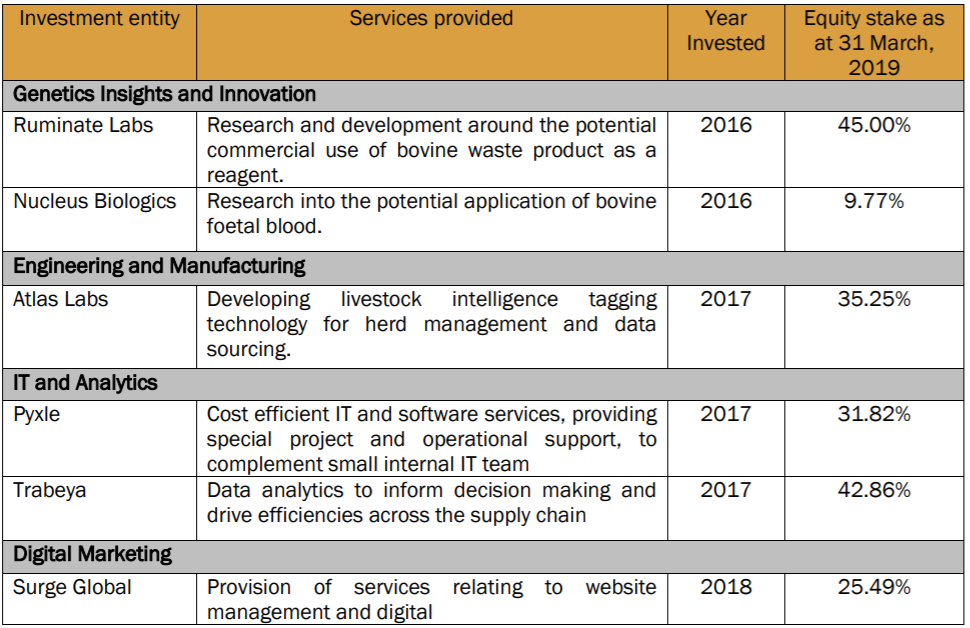 List of AACo’s partner investments with Tavistock or Tavistock-related entities and the services they provide to AACo (Source : Company Reports)

CLICK HERE FOR YOUR FREE REPORT!
Tags:
consumer AAC
All pictures are copyright to their respective owner(s).Kalkinemedia.com does not claim ownership of any of the pictures displayed on this website unless stated otherwise. Some of the images used on this website are taken from the web and are believed to be in public domain. We have used reasonable efforts to accredit the source (public domain/CC0 status) to where it was found and indicated it below the image.