Aspermont Updates on Settlement with Gainwealth and Beacon

On 13 May 2019, Aspermont Limited (ASX: ASP) announced that a full and binding Settlement Deed (Deed) has been agreed and finalized between Aspermont Ltd, Gainwealth Group Ltd and Beacon Events Ltd. All the matters that were outstanding between the parties regarding their joint venture are now resolved.

As per the deed, Aspermont has received a cash payment of A$0.5 million in exchange for the termination of all claims linked to the outstanding Loan note, Options Agreement, as well as other intercompany liabilities between the parties.

With this settlement, the one-off, non-cash charge to net profits and net assets of $4.9 million of the company will be reported in the upcoming half-yearly results.

Previously, on 16 July 2012, Aspermont Limited and Gainwealth had entered an option deed. On 13 April 2017, Aspermont notified that it had been in dispute over the management and control of the Events division known as Beacon Events which was owned 60% by Aspermont and 40% by Gainwealth.

On 13 February 2019, Aspermont announced that on 30 January 2019, it had received a notice from Gainwealth Limited, purporting to exercise option of Gainwealth to require Aspermont to repurchase the Gainwealth shares in Beacon Events Limited within twelve months from that date.

The key achievement of the company during the period included as follows: 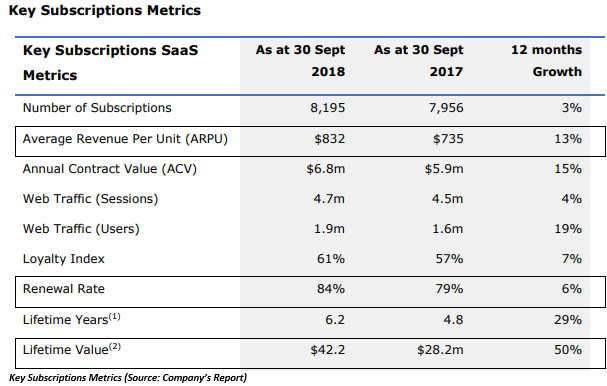 The stock of the company last traded on 13 May 2019 at a price of A$0.012. The ASP shares have generated a decent YTD return of 33.33%. Aspermont holds a market capitalization of A$25.26 million and has approximately 2.11 billion outstanding shares.