Are these 3 Stocks Relating To 3D Printing Domain Worth A Look?

How Does it work?

The steps of 3D Printing begins from:

3D printing is used in the following:

Aurora Labs Limited (ASX: A3D) is a company from the industrial sector which specializes in the development of 3-dimension metal printers, powders, digital parts along with their related intellectual property. The company was formed so that 3D metal printing is made available to the developers, researchers as well as creators. Other than this, the company was established to move 3D printing into high volume manufacturing. 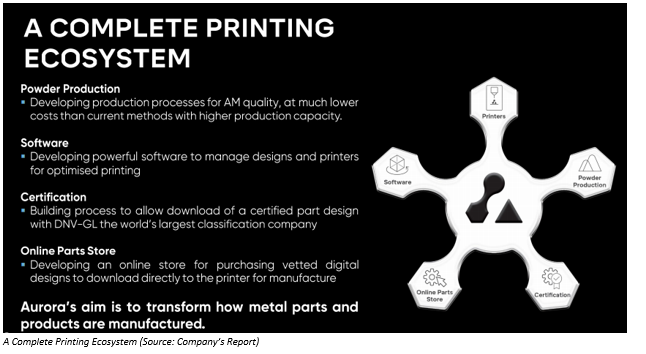 Recently on 1 May 2019, Aurora Labs Limited announced that it had attained an important milestone in its commercialization process, completing the build and first live test of its pre-production RMP1 Beta Printer.

The commissioning, testing, as well as parameter development, of RMP1 has already started. As soon as the machine goes through the process of calibration as well as parameter testing, A3D would have multiple options such as the sale of the machine to an industry partner. As per the announcement on 1 May 2019, the company was under discussion regarding the probable sale of the RMP1 Beta Printer to one of its industry partners. The announcement also highlighted that the company had started working actively for seeking pre-order assurances from interested partners belonging to the industry and others as well.

Titomic Limited (ASX: TTT) was founded in 2014, and the company is engaged in research and development of a new solid-state additive manufacturing process applying Cold Spray to produce bulk 3D forms as well as coatings from metallic and non-metallic powder feed stock. 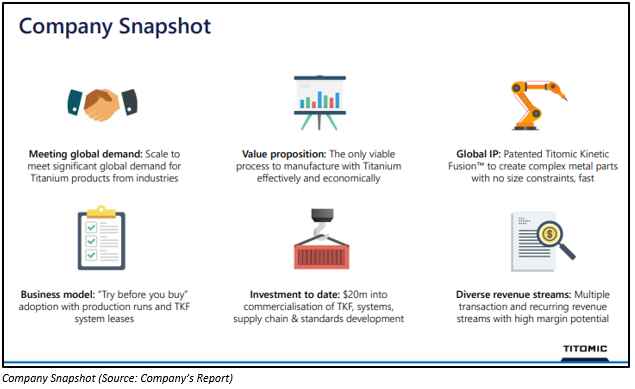 Speed to Market: The machines of the company have build rates which are much quicker than traditional 3-dimension printers. These machines can reduce the production lead time from days to hours. It creates as well as test prototypes, which allows a faster response to any changes in the market, cuts design cycle as well as benefit from first-mover advantages.

The 3D printing, which consists of titanium, must be completed in an inert gas atmosphere in order to lessen oxidation, which happens due to the melting of titanium. The Titomic Kinetic Fusion process is the first additive manufacturing procedure to overcome oxidation problems. The Titomic Kinetic Fusion process does not have melting process since the titanium units impact to mechanically fuse.

On 11 June 2019, the company announced the creation of its world-class Technical Advisory Committee (TAC). Professor Richard Fox, the Non-Executive Director of the company and Mr Jeffrey Lang, the Managing Director of the company would be joining the Titomic TAC, that sees the joining of the notable subject matter experts from the most productive material, structural engineering, aerospace and high-performance metals research institutes in Australia. TAC would be providing next generation Additive Manufacturing technologies as a national priority. It would be applying the academic research as well as expertise to real industrial commercial application. The committee would be ensuring the company’s advocacy of Australian sovereign capabilities, as well as resources for a manufacturing capability of the future.

Another important announcement from the company on 31 May 2019, was the appointment of Mr Nathanael Miller as Chief Technology Officer (CTO). Mr Nathanael Miller has 13 years of experience in NASA aerospace. As a CTO of TTT, he would be applying his vast global experience along with network for developing commercial opportunities available in the sector, Governments, academia as well as research institutions for the company. Mr Miller said that it was a thrilling time to be part of TTT and head the development work related to the digital manufacturing platforms. 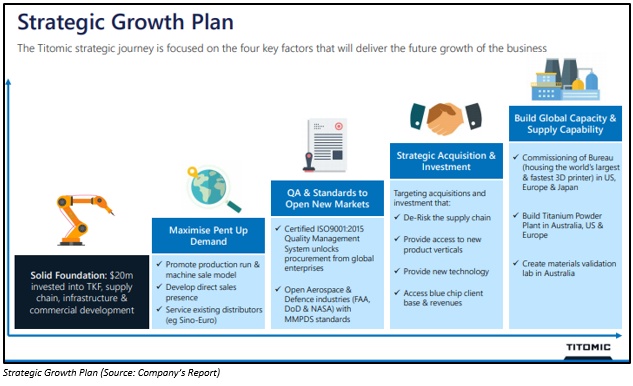 Altium Limited (ASX: ALU) started its journey in 1985 and is one of the first providers of PCB design tools. With the passage of time, the company has developed itself as one of the market leaders. 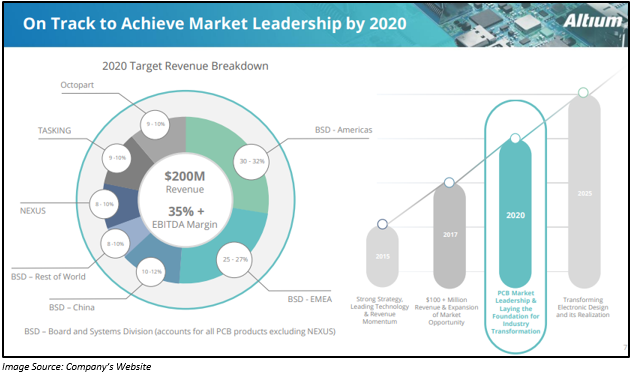 The company’s flagship product “Altium Designer” is known for its brilliance in native 3D Printed Circuit Board (PCB) Computer Aided Design. Over a period of 30 years, Altium Designer which has started from the level of grassroots solution has now reached to the most extensively used PCB design tool in the marketplace. Engineers are replacing the outdated approaches, afflicting the design procedure with the better design method, rooted in the product Altium Designer.

The motive for an appeal of extra time was to allow the company to manage the timing of its 2019 Technology Day with its AGM. Moreover, the extension in the schedule will provide the senior executives and Board members from the US, with enough time to travel to Australia for attending the Technology Day as well as annual general meeting.