In the announcement dated 21 May 2019, Ardea Resources announced that the Federal Government Australian Tax Office has refunded A$2.5 million in relation to Goongarrie Nickel Cobalt Project (GNCP) research, which raised the companyâs cash position to $11.8 million.

Crystal Production Process then carried out multiple experiments on Mixed Sulphide Product (MSP) at bench-scale to produce nickel sulphate, cobalt sulphate and eliminate impurities from MSP, to successfully meet industry requirements for batteries. Later, all GNCP drill samples were used as a predictive tool under Geo-metallurgy to hypothesize HPAL plant performance for future.

Notably, multiple product revenue streams got identified from a detailed analytical suite under which the company assessed the potential of multiple co-products. These products are expected to add value to the nickel and cobalt sulphate, including vanadium pentoxide, manganese sulphate, High Purity Alumina (HPA) among other metals. Innovations led to the identification of material within mine waste which could be used for plant neutraliser after the HPAL dissolution of the ore.

Andrew Penkethman, CEO of ARL, stated that the program has led to the development of a leading pilot plant testing that could produce a commercially used battery feed grade nickel and cobalt sulphate. He added that this R&D programs would uplift Andrea as a potential key strategic player in the rapidly growing static storage battery and electric vehicle sectors.

The GNCP further identified several unique attributes in Ardea Research and Development programs in 2018 including the necessity of carbonate for neutralising autoclave discharge. The research and development work also recognised a potential mining issue of trafficability on wet ore for mine vehicles, which was reportedly solved by Articulated Dump Trucks.

The company further informed that a cost-benefit analysis is underway to evaluate the facilitation of dry-stack tailings disposal rather than traditional slurry tailings. Also, a geological model has reportedly been developed for Kalgoorlie Nickel Project, which includes the existing 1,093 holes for 50,561m of Ardea drilling since the listing of the company on ASX in 2017.

In the concluding statement, the company stated that the 2018 research and development program has highlighted several co-product revenue opportunities within Kalgoorlie Nickel Project (KNP), which has not been identified prior to the acquisition of the project by Ardea. 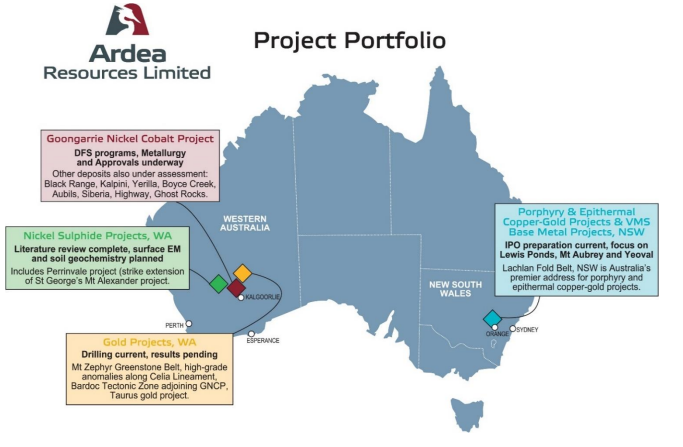