Greenland possesses a hoard of metals and minerals opportunities underneath its soil and offers a vast business opportunity to players interested in tapping the mining sector. One such company, committed to community engagement in the significant new mineral province of Greenland is Greenland Minerals Limited (ASX: GGG).

Centred with materials for an energy-efficient future and aiming to be the new cornerstone for rare earth supply, the company is best known for owning the globally significant technology metal project- The Kvanefjeld Rare Earth Project. GGG has been operational since 2007 and was listed on the Australian Securities Exchange in 2006.

Positioned to be a future cornerstone to global rare earth supply, Greenland Mineral’s Kvanefjeld Project is located in south-west Greenland and is an emerging rare earth project. Once developed, it is believed to be a large-scale, long term and low-cost supplier of products that are driving the rising concept of efficient use of energy. 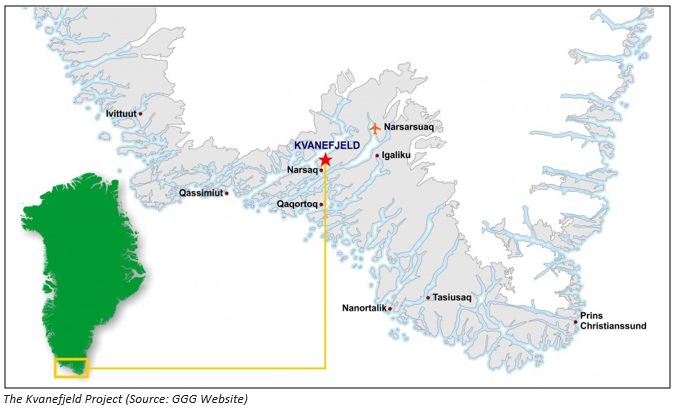 Constituents: The project will consist of a mine, a refinery and a concentrator that will produce a mineral concentrate containing 20-25% rare earth oxide, fluorspar and a zinc concentrate. The refinery circuit is expected to generate intermediate by-products namely, high purity uranium and rare earth elements. Project Significance: Tagged as a specialty metal project bearing global significance, the Project is eyeing towards its potential to become a major western world developer and producer of rare earths. Situated at the Ilimaussaq alkaline complex in southern Greenland, the project benefits from a unique geological setting. The resource contains one of the largest inventories of rare earth elements and uranium globally (11.1 million tonnes of rare earth oxide, 593 million pounds U3O8). As per the company, more than a billion tonnes of mineral resources have been delineated in the project area across Kvanefjeld, Sørensen and Zone 3. The mineralisation is enriched in uranium, rare earths and zinc; and is hosted by a rock-type known as lujavrite.

Unique attributes of the project 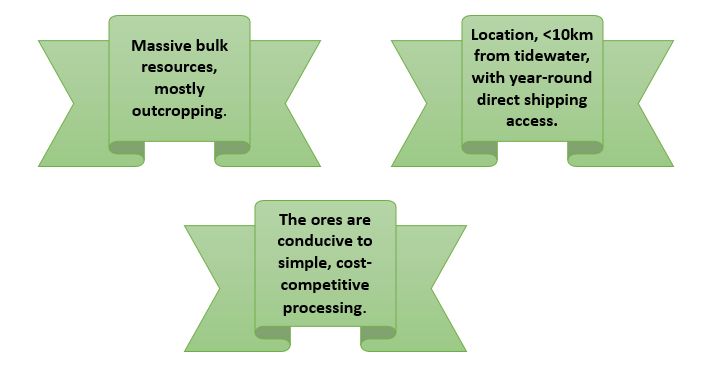 These attributes cement the fact that Kvanefjeld is well-positioned to be of global significance and could supply rare earths for many decades. Interestingly, rare earth products are likely to generate more than 4/5th of the Kvanefjeld project's total revenue, while by-products zinc, uranium and fluorspar contributing to the rest.

Stages at Kvanefjeld: There are two stages that have been piloted extensively for the Kvanefjeld Project. The initial stage is industry standard froth flotation, wherein Zinc concentrate is produced and the key rare earth bearing mineral steenstrupine is concentrated.

The next stage involves hydrometallurgical leaching of the steenstrupine concentrate followed by extraction of solvent. The by-products uranium oxide and intermediate rare earth products are thereby produced. These stages and the flowsheet are presently under the scrutiny of Shenghe Resources Holding Co Ltd, which is a pioneer player in rare earth processing technology. To date, the Optimisation test work has been successful, depicting an efficient structure. 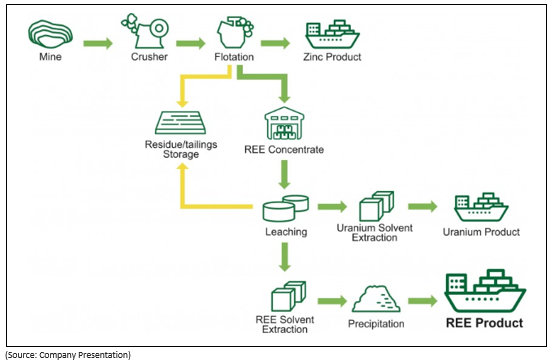 Environmental Impact: Moreover, the Project has been designed with the aim of minimising impacts on the local environment, for which, extensive baseline studies have been conducted that have shown that the project ceases to add any major problems for residents and local environment of the nearby communities. The increase in radiation exposure caused by the project is negligible, and the level of dust caused by the project is well under the radar of European standards. As per the company, the produce tailings would be stored in a basin to the south of the Narsaq valley and close to the Kvanefjeld deposit and waste rock would be stockpiled to blend with natural contouring.

About Rare Earths: Rare earths are a group of chemically similar elements in their natural state. They are found in refractory minerals and are difficult to isolate. Once this magic material is refined, the rare earths appear as bright silvery metals and consist of a unique magnetic, electrochemical and luminescent properties. Catalysed by these properties, rare earths enable greater efficiency, durability, miniaturization, improved performance, thermal stability and speed. 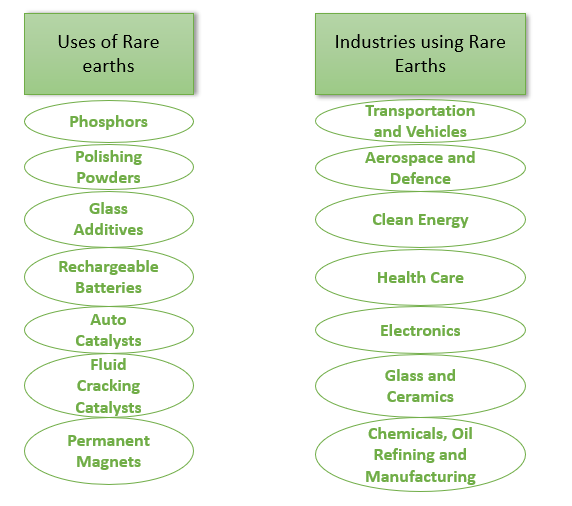 Stock Performance and Return of GGG Stock on ASX: The investors sentiments have been noticed to be building positive towards GGG with a YTD return of 113.24 per cent. The GGG stock is trading at A$0.145 (as at 03:05 PM AEST) with the market capitalisation of A$172.69 million, and 1.19 billion outstanding shares.

Besides, GGG has recently received firm commitments for ~58.3 million shares, which would raise A$7 million before costs. The placement, heavily oversubscribed, depicted the strong support the company has received from the existing shareholders and was undertaken at an issue price of A$0.12c per share.

The funds generated from this placement would be utilised towards technical development of the Kvanefjeld project, progress the mining licence application and development of downstream processing and project commercialisation.

We are committed to providing investors with crisp information regarding stocks that are trading on ASX, to guide and aid them for a better and well-informed decision. Watch out this space for more updates, market announcements and earnings reports of Greenland Minerals.