The Australian Competition and Consumer Commission (ACCC) released a market feedback letter summarising issues raised by interested parties and its preliminary views on the proposed merger of AP Eagers Limited and Automotive Holdings Group on 24 June 2019, expressing concerns over the deal between the two largest car dealers in Australia. The competition watchdog is currently in the process of assessing an application submitted by AP Eagers on 29 April 2019, seeking approval for the proposed tie-up.

The two car dealers are in the final stages of their merger and require ACCC’s approval to complete the deal. According to the preliminary view by the competition watchdog, the combined entity would not substantially reduce competition in the sales of new cars in major Australian cities like Melbourne, Sydney and Brisbane or nationally. Moreover, the proposed merger is unlikely to considerably reduce competition in wholesaling and retailing of used cars. It is also unlikely to have an impact on the purchase of dealerships related to cars or the delivery and procurement of finance and insurance products.

However, the ACCC has raised a red flag over the possible localised anti-competitive impacts of the deal, as the combined entity would operate 46% of new car dealerships in the Newcastle/Hunter Valley region, which covers dealerships for the 10 most popular brands, and operate 54% of the dealerships engaged in the sale of the same brands. Moreover, the merged entity is likely to operate 77% of dealerships engaged in the sale of the 10 most popular brands in Newcastle in New South Wales. 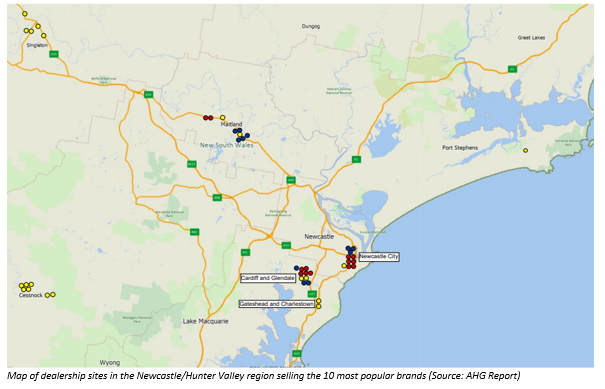 Parties that are interested in sharing feedback must make their submissions by 3 July 2019. The organisation is required to follow formal steps set out in the Competition and Consumer Act and make a final decision on the proposed tie-up by 26 July 2019, unless the applicant (AP Eagers) gives a thumbs up to extend this timeline.

The merger application lodged by AP Eagers for the acquisition of AHG is the first application submitted under the new merger authorisation process. In 2017, reforms were introduced to the Competition and Consumer Act (2010). As per the reforms, the ACCC would be the first organisation to review applications for merger authorisation before they are submitted to the Australian Competition Tribunal. Under the new process for approving mergers, the ACCC would give its thumbs up to a proposed merger, provided it is convinced that the merger would not have a substantial impact on competition in the concerned industry. Moreover, the proposed merger should not impact public benefits.

In an ASX announcement on 24 June 2019, addressing the market feedback and preliminary views shared by the ACCC, AP Eagers stated that it would continue to make evaluations related to its options to maximise the chances of receiving the ACCC approval for the proposed transaction. According to the company, the merger will not result in a considerable reduction of the competition in any market, including those where the two companies overlap such as Newcastle and the Hunter Valley locations. Moreover, the APE is well advanced to address the issues identified by the ACCC.

AP Eagers owns a 28.84% of listed securities in Automotive Holdings Group and is the latter’s largest shareholder. Through the proposed tie-up, AP Eagers is looking to acquire all the ordinary shares that it currently doesn’t own in Automotive Holdings Group. If the ACCC grants approval to the merger deal, it will result in the formation of an entity which will have a market cap of A$2.3 billion. Additionally, the existing shareholders of AHG would own 25.5% of the new entity.

In line, with the first limb of the authorisation test, AP Eagers expects that the deal would not substantially reduce competition in the industry.

After the merger, the two car dealerships might consider foraying into new business segments such as subscription based and ride sharing services, according to the company’s sources.

AP Eagers Limited and Automotive Holdings Group are the two largest automotive retailers in the country. They are engaged in the supply of new and used cars, as well as trucks and buses. Moreover, the two companies offer associated products such as authorised car parts and services like car repair and servicing, insurance and finance.

Let us now have a look at the profiles of the 2 companies and how their stocks performed after the competition watchdog raised concerns about their deal.

Company Profile: AP Eagers Limited is an automotive retail group in Australia. The company owns and operates motor vehicle dealerships across Queensland, Melbourne, Sydney, Adelaide, Darwin, the Newcastle/Hunter Valley region of New South Wales and Tasmania. It is engaged in the sale of new and used vehicles, parts and services, as well as consumer finance services. The company serves as a representative of 27 car brands and 10 truck and bus brands. Its diversified portfolio of automotive brands includes 19 of the top 20 selling car brands in the country, in addition to nine of the top ten selling luxury car brands. 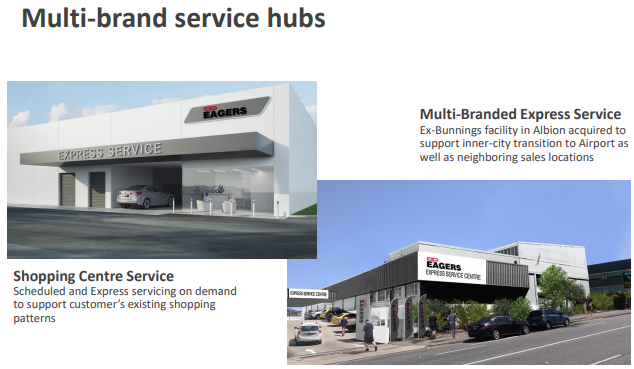 On 15 May 2019, AP Eagers announced a revised outlook for operating profit before tax during the first half of 2019. APE anticipates its operating profit before tax to be in the range of 7 - 10% lower than what it registered during the first half of 2018. The revised outlook of the company can be attributed to challenging trading conditions in the Australian automotive retail sector and an 8.1% fall in the total sales of new vehicles to the end of April 2019.

Company Profile: As an automotive and logistics group, Automotive Holdings Group operates across Western Australia, New South Wales, Queensland and Victoria as well as New Zealand. In Australia, the company caters to the logistics sector through its subsidiaries, namely AHG Refrigerated Logistics, AMCAP, VSE, Genuine Truck Bodies, and KTM Sportmotorcycles and HQVA. The company was founded in 1952 and headquartered in Western Australia. 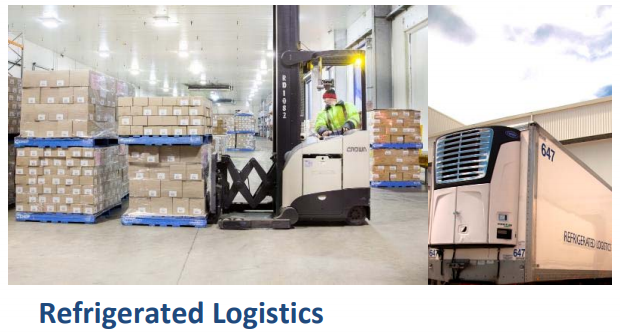